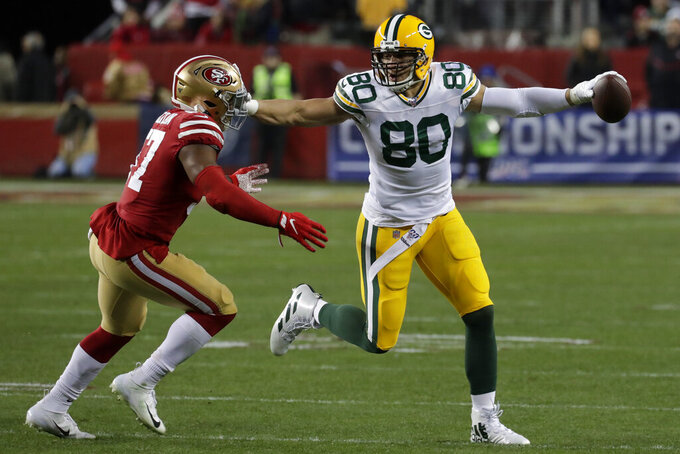 Packers general manager Brian Gutekunst announced the move Thursday. Graham had tweeted out a reference to his “next opportunity’” on Wednesday after ESPN reported his release was imminent.

“The last two years have certainly been interesting!” Graham tweeted. “A lot of memories, friendships and humbling moments that I will carry with me into the next opportunity. Thank you for the support during our exciting run this year toward that ever so elusive ring.”

The move creates about $8 million in cap space for the Packers.

Graham caught 38 passes for 447 yards and three touchdowns last season. He had 55 receptions for 636 yards and two scores in 2018.

In other moves, the Packers promoted Luke Getsy to quarterbacks/passing game coordinator and Jason Vrable to wide receivers coach and named Butch Barry a senior analyst.

Getsy had been quarterbacks coach and Vrable was an offensive assistant last year. Barry was the University of Miami's offensive line coach last season.