Almanac has nearly 500 pages of analytics and analysis 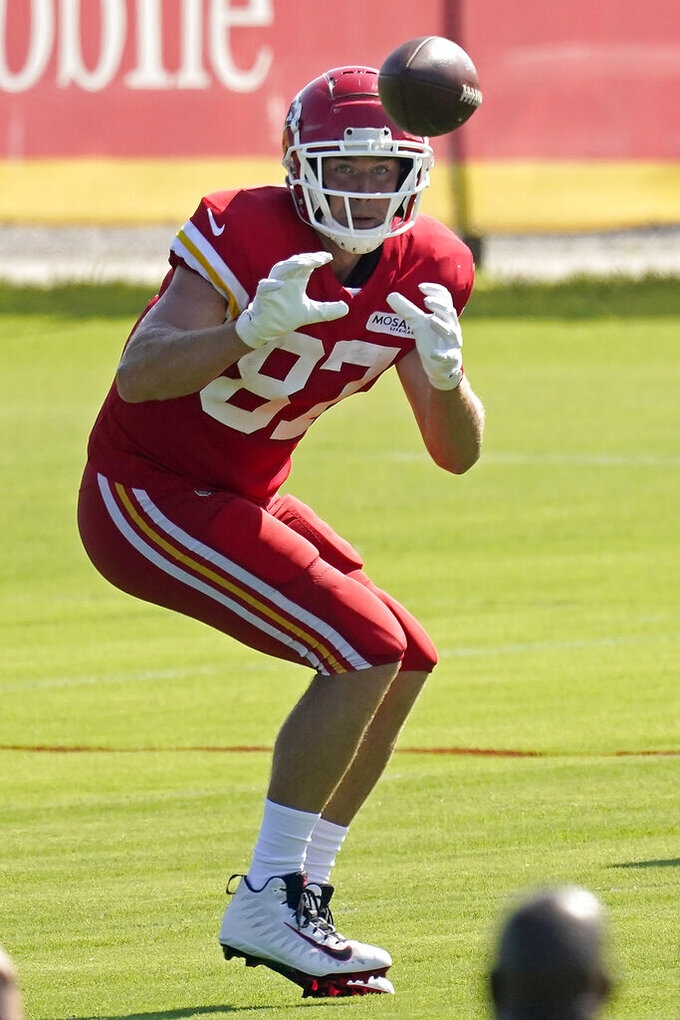 When Aaron Schatz sits down to watch NFL games on Sunday, he hopes he got all his grocery shopping done on Saturday.

It makes sense, and judging by the Football Outsiders Almanac of pro and college football that Schatz edits, one would hope he completed his supermarket sweeps long before putting together the nearly 500-page book.

For fantasy players, stats geeks and analytics gurus, the almanac is a godsend, packed with all sorts of categories that break down the game the way teams compile game plans. But, Schatz says, it is much more.

“People think it is really advanced math,” he says. "The stats we do take a lot of common sense thinking about football in a contextual fashion, the way coaches think about it. Needs of a team are different on different down and distances. The idea a third-and-1 has different needs for success than a third-and-10. It wasn’t enough to measure how much success a team is having. If you are a running back and getting the ball on the 1, you are going to get a lot of stats.

"We also started to chart things that are not in the play by play."

In tracking every play of every game, Football Outsiders came up with the DVOA (Defense-adjusted Value Over Average), which Schatz calls “the best way to measure a team's offense and defense separated.”

Coaches and key personnel people throughout the league are onboard.

“It is my personal opinion that you should take in as much information as possible before making critical decisions for your organization,” says Seahawks general manager John Schneider. “Football Outsiders has now built a system that has some serious traction behind it.”

The attraction of analytics is so powerful in sports that every NFL team has an executive to handle it. Schatz believes analytics can be applied to virtually every aspect of football — on and off the field.

“The analytics movement has done some work to revolutionize the way teams are run,” Schatz says, "and has some impact on the way coaches call plays and front offices make moves. What it can do for teams is improve their efficiency on the field and improve their economic efficiency when it comes to fitting under the salary cap.

“Overall, the smarter teams win more games, and I think it is a movement for the future. Teams not using analytics are being left behind.”

“We’ve got to get him acclimated so we can get out there and make plays immediately, and he’s done an unbelievable job,” Kelce said. “He’s light years ahead of where I was coming out of college just in terms of understanding what it means to be a pro. His work ethic, his practice habits, that’s all we’ve been able to see. And I mean, you can just see he’s going to help us out a lot this year.”

Kelce hasn’t just been helping out young teammates this summer. He partnered with Helzberg Diamonds to prepare a fan for his marriage proposal.

“Style is a big part of who I am and how I express myself,” Kelce said. “We know about the four Cs: cut, color clarity, carat. Well, there’s a fifth C and it’s choice. I’m excited to learn alongside a fan about the new choices for real diamonds and help him out with his perfect proposal plan.”

Alan Faneca overcame bouts with epilepsy to become one of the premier offensive linemen in the NFL, earning induction into the Pro Football Hall of Fame earlier this month.

Faneca has now joined the STEPS Toward Zero Campaign to inspire the epilepsy community and educate them about the steps they can take today to get closer to zero seizures, the optimal treatment goal for people with epilepsy.

“Steps Toward Zero is a fight that everybody can go forward regardless if you’re going to get to zero seizures or not,” Faneca said on the AP Pro Football Podcast. “You can still strive to get there. And striving to get there might get you to a better place in your life not to accept where you are as the norm.

"Many people with epilepsy have had it for multiple years, and you may have not re-engaged your doctors and discussed new methods of treatment, new medicines, and just accepted your life as your norm. And we’re trying to engage the community as to not accepting the norm and to get back in to your providers and to try and find new ways to have a better life.”

A six-time All-Pro with Pittsburgh in his 10 seasons there, Faneca also was a lead blocker and locker room presence for the Jets for two years. Faneca completed his stellar career with one season in Arizona.

Faneca, who won a Super Bowl with the Steelers, takes daily pills to deal with his condition and has not had a seizure in about eight years.

“I was not going to let it stop me,” Faneca said.