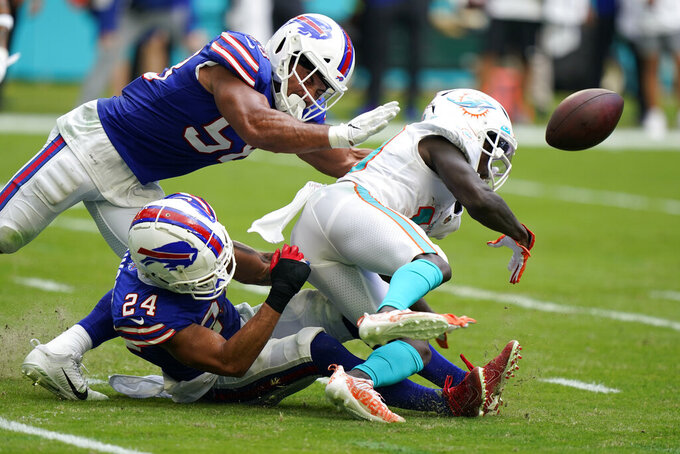 ORCHARD PARK, N.Y. (AP) — The Buffalo Bills have signed cornerback Taron Johnson to a three-year contract extension that runs through 2024.

The team announced the deal on Saturday. It's worth $24 million, including about $14 million guaranteed for the fourth-round pick out of Weber State in 2018.

The 25-year-old Johnson has played a valuable role as Buffalo’s nickel cornerback alongside starters Tre’Davious White and Levi Wallace. He had a sack, a forced fumble and two passes defended against Miami in Week 2, becoming the fifth Bills player since 1999 to accomplish the feat.

In 42 regular-season games, Johnson has 201 tackles, nine of them behind the line of scrimmage, 20 passes defended, four forced fumbles, and two interceptions.