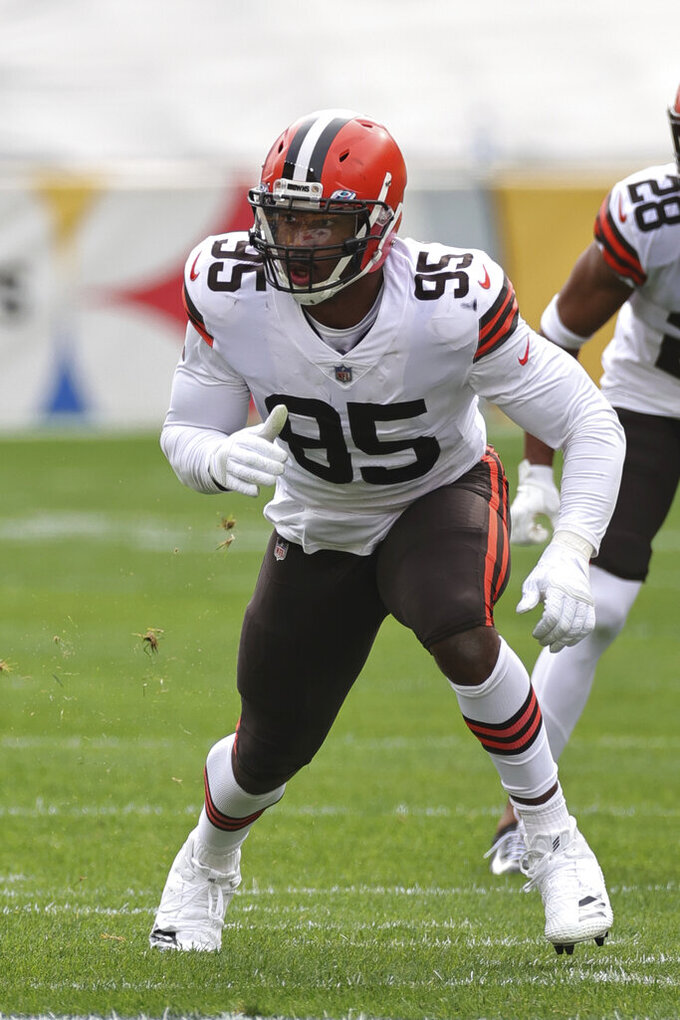 Garrett, who leads the NFL with nine sacks, didn't practice Thursday as the Browns (5-2) continued to get ready for Sunday's game against the Las Vegas Raiders (3-3). Coach Kevin Stefanski said he expects Garrett to be on the field for practice Friday.

Stefanski said Garrett “did nothing more ” than tweak his ankle at some point during Sunday’s 37-34 victory over the Cincinnati Bengals, and Stefanski seemed assured it was nothing serious or could potentially keep him out this week.

However, with the Browns on their bye next week, the team will likely take a cautious approach if Garrett isn’t 100 percent.

Garrett had two sacks and his fourth strip sack of the season in the win at Cincinnati. He was the AFC's Defensive Player of the Month after getting six sacks and forcing two fumbles while helping the Browns lead the league with 14 takeaways.

"He’s playing really well,″ defensive coordinator Joe Woods said. “He’s comfortable with what we’re doing. We’ve had several games where we’re running similar things. The pieces may be different, the call may be a little bit different, but I feel like he’s getting more comfortable.

"We’re getting some of the matchups we want, some of the protections we want. So hopefully he continues on that track. It’s good for everybody, the whole team.”