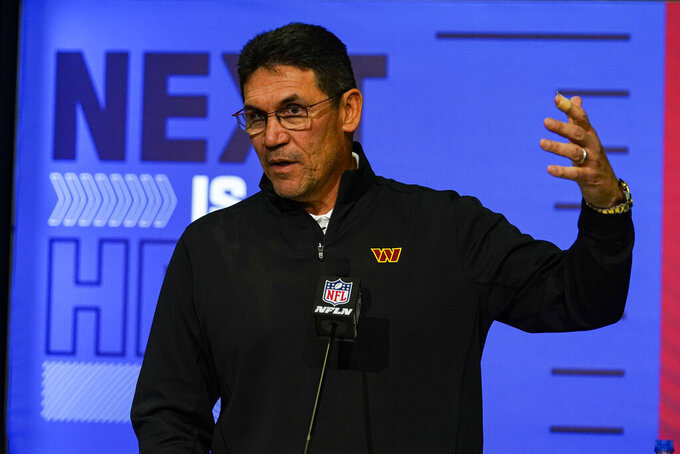 WASHINGTON (AP) — The Washington Commanders agreed to terms Tuesday on a new contract with safety Bobby McCain, a deal that is worth $11 million over the next two seasons.

Agent Drew Rosenhaus confirmed the contract in an email to The Associated Press.

The 28-year-old started 16 games and played in 17 for Washington last season after joining the team in free agency a year ago. He finished with a career-high four interceptions and 63 tackles.

The Commanders already made their big offseason splash by agreeing to acquire quarterback Carson Wentz in a trade with the Indianapolis Colts, trimming their available salary cap space to just under $5.9 million.

The number grew when Washington released Collins midway through an $84 million, six-year contract. Collins, who was often used as a third safety in more of a linebacker role while on the field with McCain and Kamren Curl, reportedly refused to take a pay cut to stay.

Overhauls are happening on either side of the ball for Washington, which lost pass-catching back J.D. McKissic to Buffalo, according to multiple reports. McKissic was a favorite of coach Ron Rivera and offensive coordinator Scott Turner, who is expected to receive a contract extension while turning his attention to his latest project of rejuvenating Wentz's career.

By Tom Canavan 13 minutes ago
By Dennis Waszak Jr. 54 minutes ago
an hour ago
3 hrs ago
By Joe Reedy 13 hrs ago