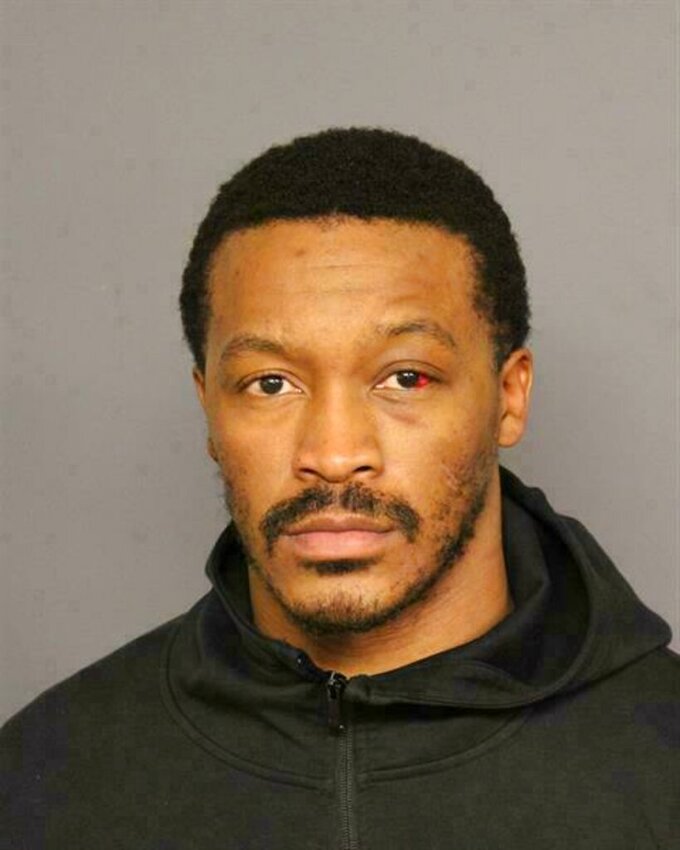 This photo provided by the Denver Police shows Demaryius Thomas. Veteran NFL wide receiver Demaryius Thomas has been arrested after being involved in a rollover crash earlier this month. According to Denver jail records, Thomas was arrested Wednesday, Feb. 27, 2019, on allegations of vehicular assault, reckless driving and not having insurance. (Denver Police via AP)

Thomas was arrested Wednesday after turning himself in and was also held on allegations of reckless driving and not having proof of insurance, both misdemeanors, police said. He was released from jail Thursday.

Thomas was involved in a crash on Feb. 16, a few days after he was released by the Texans. In a statement laying out the reasons for his arrest, police said Thomas was driving over 70 mph, more than twice the speed limit, at around 12:20 a.m. near downtown Denver when his SUV went off the road and flipped end-over-end, after hitting a median. The SUV landed on its wheels and one of his two passengers suffered serious injuries, the document said.

Thomas and the other passenger also were taken to the hospital after the crash.

Thomas' agent, Todd France, did not immediately respond to a comment request from The Associated Press.

He was acquired in October from Denver for a fourth-round draft pick to fill in after Will Fuller tore a knee ligament. The Texans and Broncos also switched seventh-round selections for this year's draft.

For his nine pro seasons, Thomas has 688 catches for 9,330 yards with 62 touchdowns. He has made four Pro Bowls and won the Super Bowl following the 2015 season with the Broncos. The 31-year-old was a first-round pick by the Broncos in 2010 and spent his entire career there before last year's trade. He is the second-leading receiver in Broncos' history, with 9,055 yards and 60 touchdown receptions.