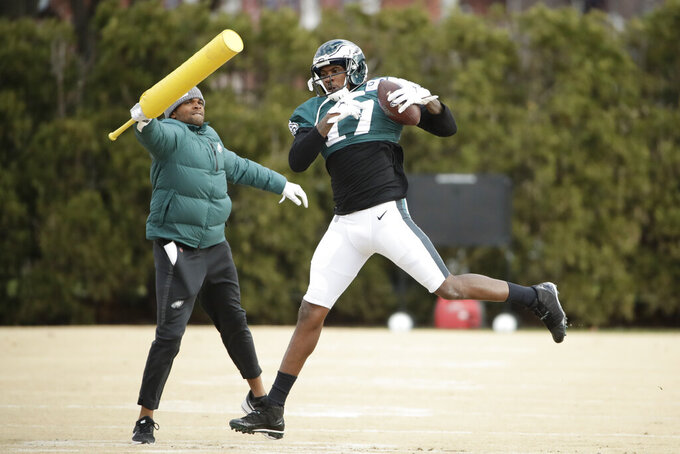 PHILADELPHIA (AP) — Philadelphia Eagles offensive lineman Lane Johnson and wide receiver Alshon Jeffery left Monday's game against the Giants with injuries. Both players were ruled out to start the second half.

Johnson went down when Carson Wentz was knocked into him in the second quarter. Johnson, an All-Pro in 2017, suffered an injured ankle. Halapoulivaati Vaitai took his place at right tackle.

Jeffery limped off the field during an Eagles' scoring drive in the second quarter suffered an injured foot. The Eagles were already without injured wide receiver Nelson Agholor. J.J. Arcega-Whiteside and Greg Ward were the only wide receivers left for the Eagles.

Jeffery entered with 43 catches for 430 yards and four touchdowns.