On Football: Can Black QBs pave way for Black coaches? 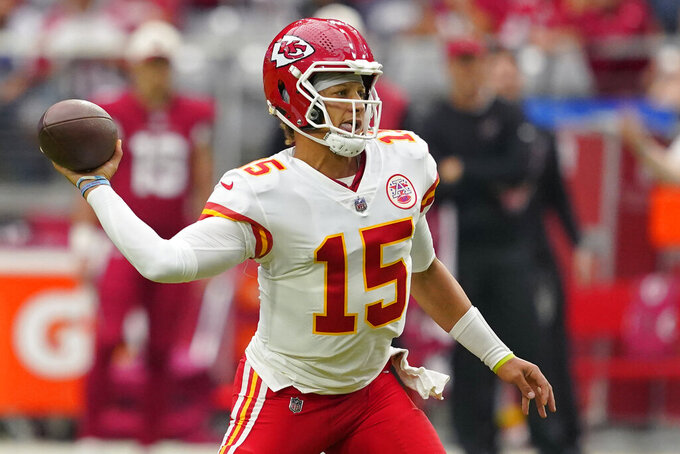 When 11 Black quarterbacks started NFL games in Week 1, it was another indication those racial stereotypes have finally been overcome.

While there is a continued lack of diversity among general managers and coaches, four of the five largest contracts in the sport have been given to Black QBs — including Deshaun Watson’s fully guaranteed $230 million deal from the Cleveland Browns. Patrick Mahomes, Russell Wilson and Kyler Murray received the other three. Lamar Jackson is in line to join that group next.

Black QBs — Cam Newton, Mahomes and Jackson — have won three of the last seven NFL MVP awards. Over the last 11 drafts, 11 of the 33 quarterbacks taken in the first round were Black.

But it’s been a long, difficult journey since Fritz Pollard became the first Black QB to play in the NFL in 1923.

“There has been a traditional and historical underrepresentation of Black quarterbacks in the league because of various myths and falsehoods,” NFL executive Troy Vincent told The Associated Press. “At the opening of this 2022 season, 11 Black quarterbacks are not only leading NFL clubs, but are demonstrating their ability to win. This leaves no doubt how this position has been normalized at both the collegiate and professional levels.”

Despite the increase in Black quarterbacks and Black officials, who represent about 40% of the league’s officiating crew, the growth in diversity isn’t reflected on the sideline. There are only four Black head coaches in 2022: Pittsburgh’s Mike Tomlin, Houston’s Lovie Smith, Tampa Bay’s Todd Bowles and Miami’s Mike McDaniel, who is biracial.

It took nearly 100 years to go from Pollard breaking the QB race barrier to 11 starters, and it’s unclear how long it will be for Black coaches to make that leap.

Those decisions fall on the owners.

The league hires officials. Owners can have the say on general managers and coaches.

It took several decades to get to the new normal for QBs.

Along the way, Doug Williams became the first Black QB to win a Super Bowl following the 1987 season. Wilson and Mahomes joined him over the past nine years.

All of those QBs and many others have dealt with many stereotypes. Some still do.

Jackson said a scout from the Los Angeles Chargers asked him to run routes at the NFL combine in 2018. He refused. The Baltimore Ravens selected him with the 32nd pick in the 2018 draft. He was MVP in his second season.

Donovan McNabb said college scouts asked him to play running back or wide receiver. He wouldn’t switch positions. He was drafted No. 2 overall by the Philadelphia Eagles in 1999 and led the team to five NFC championship games in 11 seasons.

“Center, quarterback, wide receiver were the last positions to integrate in the National Football League,” Vincent said. “Why? Because someone said that they were thinking positions and that Black QBs didn’t have the aptitude, didn’t have the football IQ.”

While that unfair criticism isn’t widely heard anymore, it hasn’t been eradicated. It still seeps through when a critic says a Black quarterback can’t read coverages or doesn’t understand the playbook.

Coaches seem to have evolved beyond that stereotype. Teams just want to win and it doesn’t matter who is under center, as evidenced by the contract the Browns gave Watson even though he faced accusations of sexual assault and harassment.

“It’s the evolution of the game, and it’s coaches who have realized that not only can these men win, they’re dynamic and they can lead and they’re winning at a high clip,” Vincent said. “There’s not a kid around the country that’s a person of color that doesn’t believe he can’t be a quarterback because they’re everywhere and they’re winning championships.”

Among the coaches who have relied on Black QBs is Andy Reid. From McNabb to Vick to Mahomes, Reid has had a Black QB start 272 of 406 games he has coached during his 24-year career with the Eagles and Chiefs.

“This is a great example that these men can lead,” Vincent said about the number of Black QBs. “The barriers were a myth.”

It's time for owners to embrace that Black GMs and coaches can also lead.