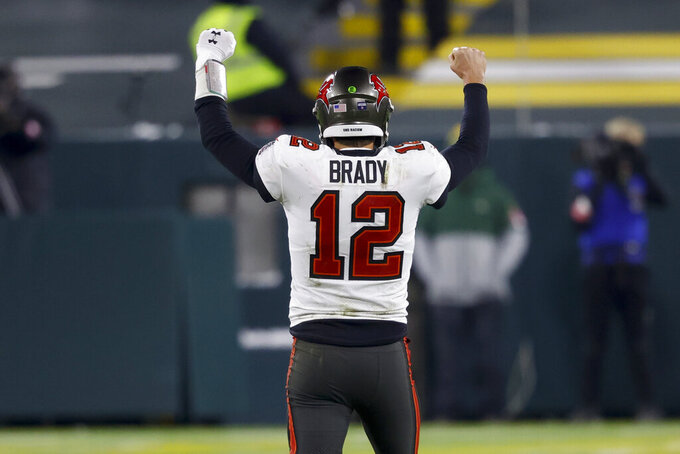 Tom Brady hasn't played in every Super Bowl. It may only seem that way.

Brady will lead his Tampa Bay Buccaneers against the defending champion Kansas City Chiefs on Feb. 7 in Tampa, Florida in Super Bowl 55.

It will be the record 10th Super Bowl appearance for the 43-year-old Brady in his remarkable career. He went 6-3 in his first nine appearances.

In honor of Brady, here are 12 trivia questions and answers to be enjoyed at your socially distanced Super Bowl party.

2. Name the seven starters (offense and defense) from the Chiefs’ Super Bowl 4 team to make the Pro Football Hall of Fame.

3. Name the four QBs to start the Super Bowl with multiple teams.

4. Who was the MVP in the Tampa Bay Buccaneers’ previous Super Bowl appearance?

5. Who is the last non-quarterback Super Bowl MVP?

6. Who is the only Super Bowl MVP from a losing team?

7. What is the highest-scoring game in Super Bowl history?

8. What is the lowest-scoring game in Super Bowl history?

9. Which city has hosted the most Super Bowls?

10. Who scored the first touchdown in Super Bowl history?

11. Who has the most rushing yards in a single Super Bowl?

12. Which four teams have never appeared in a Super Bowl?