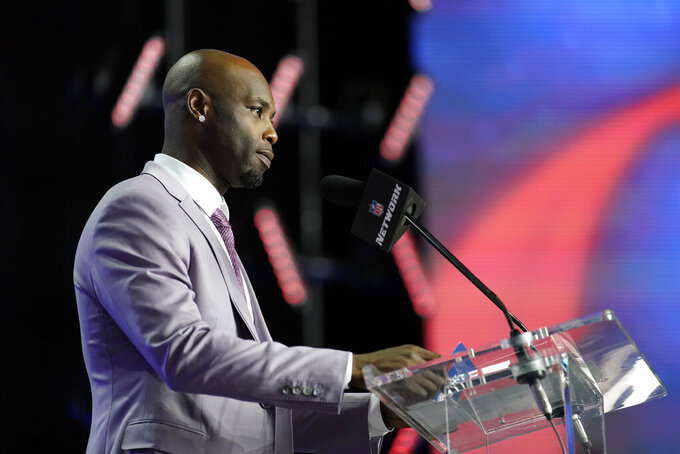 HOUSTON (AP) — The Houston Texans further bolstered a defense that was among the worst in the league last season on the second day of the NFL draft Friday night.

The Texans selected Baylor safety Jalen Pitre in the second round with the 37th pick a night after taking LSU cornerback Derek Stingley Jr. with the third overall pick.

Houston allowed 384.4 yards a game last season to rank 31st in the NFL as the team finished 4-13 and coach David Culley was fired after just one season. Defensive coordinator Lovie Smith was promoted as the team's new coach and should be thrilled that general manager Nick Caserio has put a premium on defense in this draft.

Pitre, who played for the Bears for five seasons, earned All-America honors in 2021. He had 75 tackles, including 18 ½ for losses, 3 ½ sacks, two interceptions, three forced fumbles and seven pass breakups last year.

The versatile Pitre spent his first three seasons at linebacker before moving to safety. He finished his collegiate career with 195 tackles, including 36 for losses, eight sacks and four interceptions.

The Texans also traded three lower picks to Cleveland to move up to No. 44 to pick Alabama receiver John Metchie III. They moved up again later to take Alabama linebacker Christian Harris with the 75th pick after sending Nos. 80 and 162 to Denver.

The Texans also shipped picks 108 and 124 to the Browns in the deal for Metchie.

Metchie had 96 receptions for 1,142 yards and eight touchdowns last season for the Crimson Tide. The junior had 55 receptions for 916 yards in 2020. He tore his left ACL during the College Football Playoff semifinal but said he will be ready to play when training camp begins in July.

Metchie was born in Taiwan and lived in Ghana before moving to Canada where he lived until age 14. He received the Jon Cornish Trophy as Canada's top NCAA player for a second straight year after the 2021 season.

“If you spend some time to getting to know his story, his story is probably as unique as anybody in the draft," Caserio said. “He’s very worldly, this kid is an awesome kid, very smart, very studious, tough as nails."

Harris was a three-year starter for Alabama and had 80 tackles, including 11 1/2 for losses, 5 1/2 sacks and three forced fumbles last season. He had 220 tackles with 26 for losses in his career with the Crimson Tide.

“I don’t think anybody was more ecstatic about that pick than Lovie," Caserio said.

Houston had two first-round picks Thursday night after getting one from the Browns in the trade for quarterback Deshaun Watson. They traded down from 13 and selected Texas A&M offensive lineman Kenyon Green at 15.

The Texans have picked two players from the area with their first three picks with both Green and Pitre having grown up in suburban Houston.

“It was an emotional experience, just being able to stay home with a team I’ve been following my whole life," Pitre said. “Being able to say I’m on an NFL team now is crazy.”

The Texans have five picks remaining on the final day of the draft Saturday. They have No. 107 in the fourth round, two fifth-round picks and two in the sixth.