Panthers RB Hubbard ruled out; Foreman to start vs Falcons 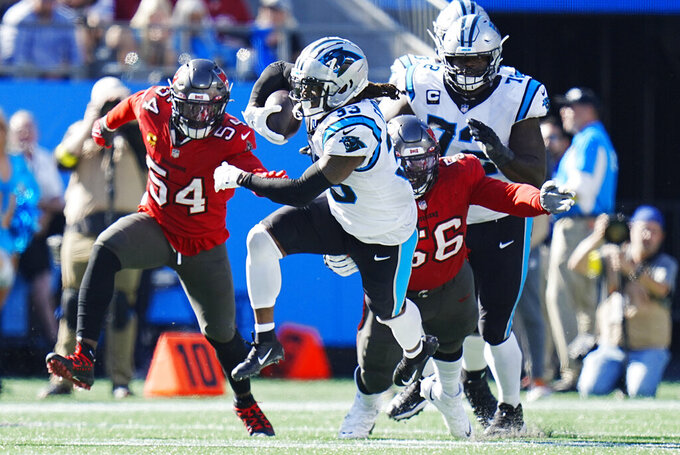 CHARLOTTE, N.C. (AP) — The Carolina Panthers have ruled out starting running back Chuba Hubbard for Sunday’s game against the Atlanta Falcons due to an ankle injury.

D’Onta Foreman, who ran for 118 yards in Sunday's 21-3 win over the Tampa Bay Buccaneers, will start in his place and rookie Raheem Blackshear will serve as his backup. It's possible the team could sign Spencer Brown off the practice squad to add some depth at the position.

Hubbard didn't practice all week, but the injury is not viewed as long term and the team is hopeful he may return for next week’s game against the Cincinnati Bengals. Hubbard took over as the starting running back after Carolina traded Christian McCaffrey to the San Francisco 49ers and he ran for 63 yards and a touchdown before injuring his ankle in the second half.