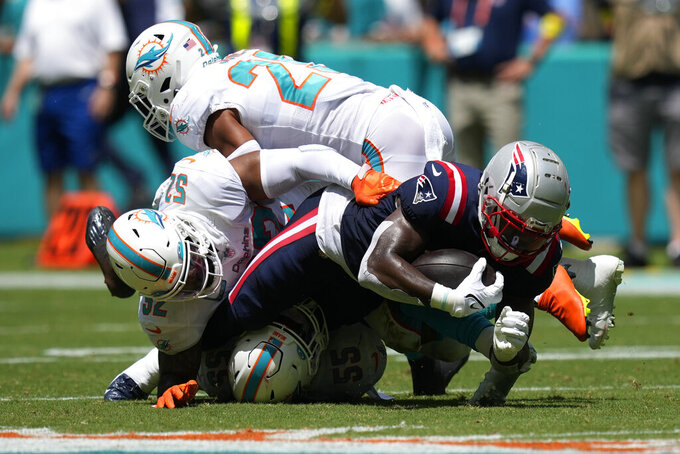 FOXBOROUGH, Mass. (AP) — Patriots veteran running back Ty Montgomery will miss at least the next four games after being placed on injured reserve with a right knee injury.

Montgomery was limited in practices leading up to the Patriots' season-opening loss at Miami. But he was active for the game, catching three passes for 15 yards and a touchdown.

Humphrey signed with New England as a free agent in June, was released at the end of training camp and signed to the practice squad on Aug. 31. The 6-foot-4, 225-pounder was elevated to the active roster prior to the Miami game and saw limited action against the Dolphins before reverting back to the practice squad.