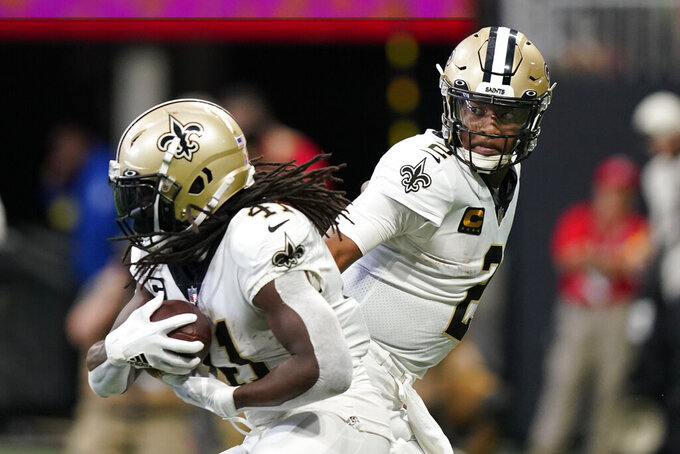 NEW ORLEANS (AP) — The Saints have scratched top running back Alvin Kamara from Sunday's lineup against Tampa Bay because of a rib injury that has bothered him since New Orleans' Week 1 victory at Atlanta.

Kamara, who was listed as questionable on Friday's injury report, is one of the New Orleans' most productive players as both a runner and receiver.

Kamara left the Saints' Sept. 11 game in the fourth quarter but initially said afterward that he believed he would be fine. After practicing on a limited basis on Wednesday, he sat out practices on Thursday and Friday.

With Kamara out, veteran Mark Ingram is expected to get the bulk of the work at running back, backed up by Dwayne Washington and Tony Jones Jr.

Kamara is among several established skill players ruled out for the game, including Tampa Bay receivers Julio Jones (knee) and Chris Godwin (hamstring), as well as Saints receiver Tre'Quan Smith (shoulder), who returned to practice this week after sitting out in Week 1.

New Orleans also scratched second-year defensive end Payton Turner, a 2021 first-round draft choice who blocked the Falcon's 63-yard field goal attempted at the end of regulation in Week 1. He was not on this week's injury report.