Steelers have Harris, Smith-Schuster for playoff game in KC 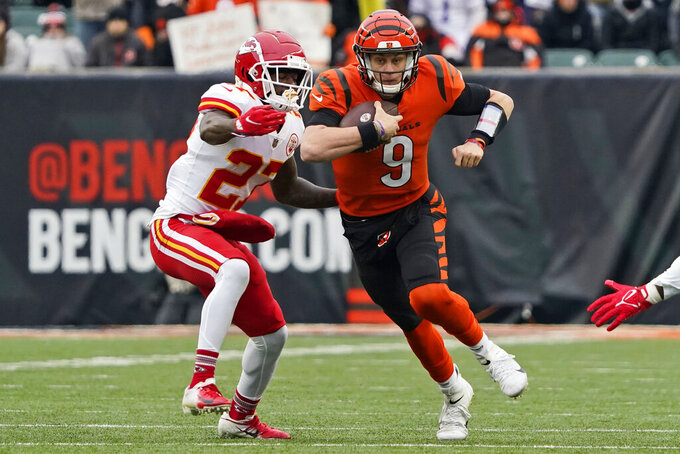 Harris, who ran for a franchise rookie-record 1,200 yards this season, missed two days of practice this week with an elbow injury. He was questionable after working out Friday and was removed from the injury report entirely on Saturday.

Smith-Schuster thought his season was over after a shoulder injury Oct. 10 against Denver that required surgery a few days later. But he returned to practice this week wearing thicker shoulder pads and was added to the 53-man roster.

Chiefs cornerback Rashad Fenton was inactive after he was added to the injury list with a shoulder problem about 2 hours before kickoff. It's the third straight week the Chiefs have had a player hurt during warmup: Orlando Brown Jr. hurt his calf before playing the Bengals and Tyreek Hill aggravated his heel before playing the Broncos.

Running back Clyde Edwards-Helaire, who hurt his shoulder against Pittsburgh in December, was declared out Friday after trying to practice earlier in the week. Darrel Williams is his top replacement despite dealing with a toe injury.