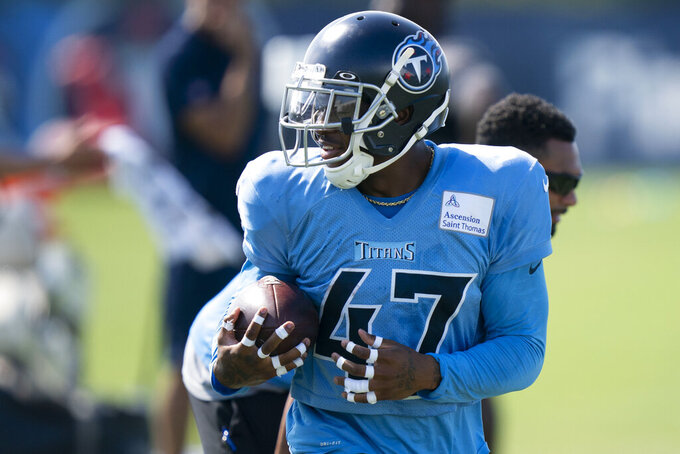 Burton came into the NFL as a wide receiver when he joined Atlanta in 2017 as an undrafted free agent out of Kansas State. He has played 11 career games with Atlanta, Houston and Dallas with eight tackles and one forced fumble. The 6-foot-2, 205-pound Burton started 35 of 48 games in college with 84 catches for 1,085 yards and five touchdowns.

Wells also was undrafted out of San Diego State in 2018 by Dallas, and the 6-6, 260-pound tight end finally made his NFL debut last season playing in three games with Arizona. He also has been with Kansas City, New England, Atlanta and Indianapolis.