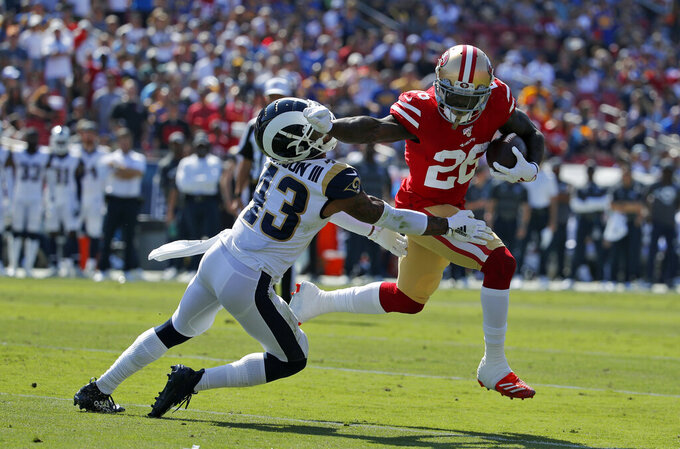 THOUSAND OAKS, Calif. (AP) — Safety John Johnson has been placed on injured reserve by the Los Angeles Rams due to a shoulder injury.

The Rams announced the move Wednesday for Johnson, the second starter in Los Angeles' secondary to go on injured reserve in three days.

Johnson was hurt in the Rams' loss to San Francisco last Sunday. He has 50 tackles and two interceptions this season.

Johnson became a starter early in his rookie season in 2017. He started every game last season for the Rams, including the Super Bowl.

Safety Eric Weddle is the only starter from last week's game who will return when the Rams (3-3) visit Atlanta on Sunday.