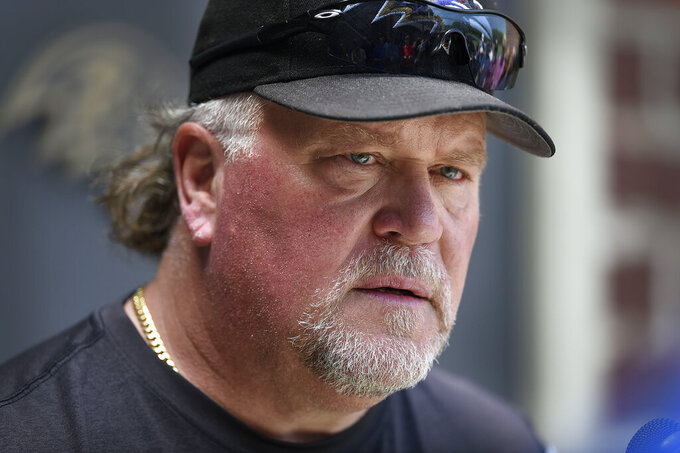 On the positive side, the longtime NFL assistant coach could think of worse things to do than remain defensive coordinator of a Baltimore Ravens team that stands two wins away from reaching the Super Bowl.

Martindale visited the Giants last Friday with hopes of filling the post previously held by Pat Shurmur, who was fired after New York completed a dismal 4-12 season.

“Am I disappointed about it? Sure," Martindale conceded. “Whenever you interview for something, you obviously have interest in that job. But I felt like I was playing with house money. Look where I'm still standing."

Now in his second season as Baltimore's defensive coordinator, the 56-year-old Martindale is poised to guide the NFL's fourth-ranked unit into Saturday night's playoff game against the Tennessee Titans. If there's a franchise out there thinking about hiring Martindale as its new head coach, it better have plenty to offer.

Which explains why he didn't exactly brush away a tear when the Giants made their choice.

“It was a great visit," Martindale said. “It was really a good experience for me."