Worth the wait; Steelers' great Shell reveling in Hall nod 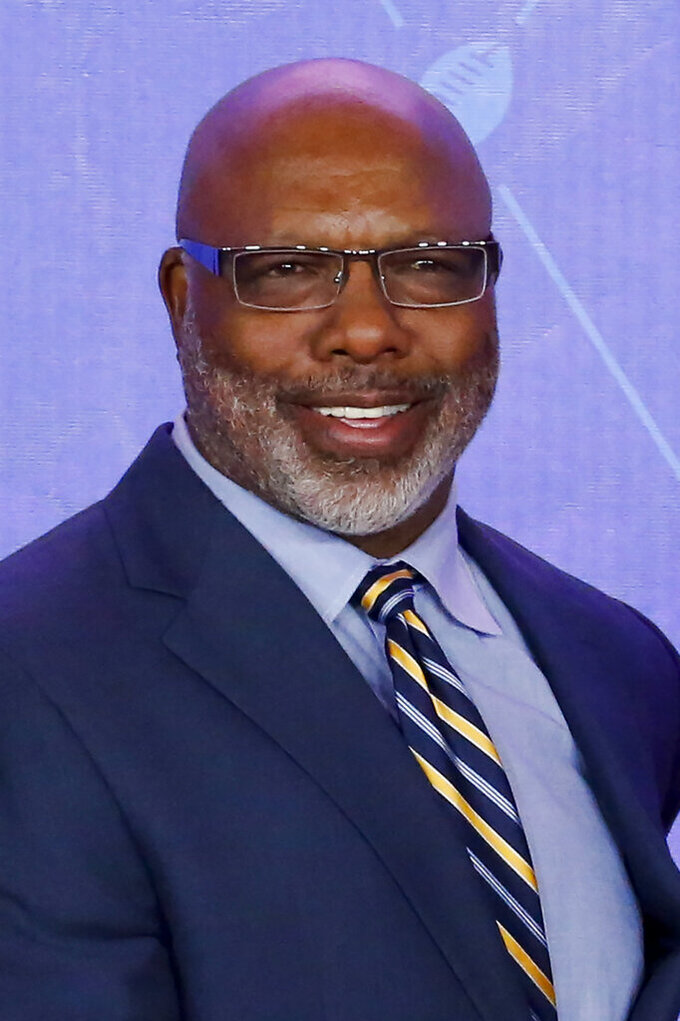 FILE - In this Aug. 6, 2016, file photo, former NFL player Donnie Shell smiles during induction ceremonies for former teammate Tony Dungy (not shown), in Canton, Ohio. Donnie Shell knew he was ahead of his time. It's why the Pittsburgh Steelers safety never worried about whether he'd get into the Hall of Fame. His long wait ended this week, when he got the call more than 30 years after playing his final game. (AP Photo/Gene J. Puskar) 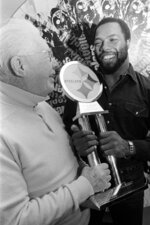 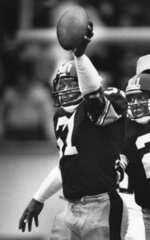 PITTSBURGH (AP) — Donnie Shell knows what a Hall of Famer looks like.

It helps when you spend your career calling them teammates, as the hard-hitting safety did during 14 seasons dealing out punishment in the Pittsburgh Steelers secondary.

So Shell never panicked as the years passed and the call that he'd been invited to join Joe Greene, Mel Blount and the other members of the Steelers' dynasty of the 1970s already enshrined in the Pro Football Hall of Fame never came. Shell knew one day he'd get fitted for a gold jacket and pose for the bust that will stand alongside the rest of the all-time greats.

“I had confidence and faith that they would make the right decision,” Shell said. "I think all the numbers were there. Got to keep praying and trusting and I never lost my confidence.”

Shell never has. It's that confidence that helped him make the team as an undrafted rookie in 1974 out of South Carolina State, a self-assuredness that never wavered through four Super Bowl wins, five Pro Bowl selections, 51 interceptions and three decades of waiting. The wait finally ended this week when Shell became part of an expanded Hall of Fame class named in conjunction with the NFL's 100th anniversary.

Shell is the 10th player from the “Super Steelers” that won four championships in six seasons between 1974 and 1979 to make his way to Canton, Ohio, an honor many of those who earned the nod long ago felt was far overdue for Shell.

Greene, Blount, Franco Harris, John Stallworth and Tony Dungy were among Shell's outspoken advocates. They watched him morph from raw prospect to one of the league's most feared defenders.

Maybe because for so long, Shell had theirs.

He arrived for training camp at Saint Vincent College in the summer of 1974 after longtime Steelers scout Bill Nunn was won over by Shell's physicality during his time at South Carolina State, a historically black university where Shell spent his first three seasons as an undersized linebacker before being moved to safety as a senior.

Nunn saw enough to put a bug in coach Chuck Noll's ear. There were some initial jitters. Shell worried about his footwork and wondered if he had the skills to match up with NFL-caliber wide receivers. The one thing he never worried about? His ability to hit. Asked when he felt like he could make it in the league, Shell laughed.

“Once we started hitting, I think I got their attention," he said.

Defensive line coach George Perles was among them. During the team's first scrimmage at camp, Perles had but one request for defensive coordinator Bud Carson: Keep sending the 5-foot-11, 190-pound kid crashing toward the line to blow up running play after running play.

“I was knocking them out,” Shell said. “That’s how I knew I belonged there ... I know I’d made an impression.”

Shell stuck around and carved out a niche on special teams before becoming a full-time starter in 1977. His history as a linebacker made him an instinctive run stopper. And his ability to hold his own in pass coverage made him ahead of his time. Shell would often serve as a slot cornerback in passing situations, a development that allowed Blount and J.T. Thomas to remain on the outside.

“I think I was ahead of my time,” Shell said. “Don’t know many strong safeties that came in and played slot corner. ... (but) when you can cover Cliff Branch and Isaac Curtis in the slot, I think you play pretty well.”

And few played better than Shell.

How many safeties can say they had the power to break Hall of Fame running back Earl Campell's ribs — as Shell did during an infamous collision with Campbell in 1978 — and the skill to nab three interceptions in one game, as Shell did against Cleveland in 1981?

Shell attributes that talent to playing as many sports as he could growing up in South Carolina. Baseball taught him hand/eye coordination. Basketball helped him with his footwork. Track made him fast.

All those skills manifested themselves by the time he arrived in the NFL. He played 201 games at one of the game's more demanding positions, a Swiss Army knife in a black and gold No. 31 jersey. He had at least one pick in each of his 14 seasons and added two more in 19 playoff games, four of which ended with the Steelers raising the Lombardi Trophy.

No team before or since has won so many titles in such a short timeframe. Only the Steelers.

“One year we won the Super Bowl and we had 10 players in the Pro Bowl,” Shell said. “We had a sense of it. We had some pretty good players around. When you’re playing, you’re so focused on the next game. Now I’ve been out. Now you look back at it and they were some special teams and special people.”