Chiefs' Duvernay-Tardif first to opt out of 2020 NFL season 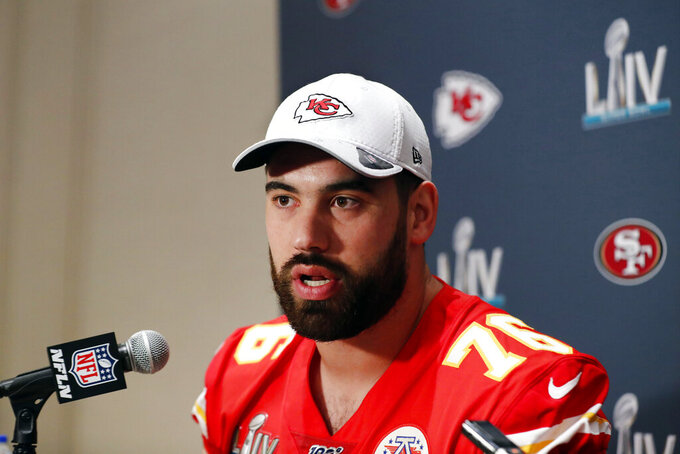 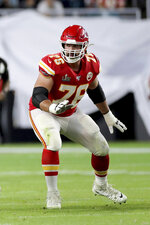 KANSAS CITY, Mo. (AP) — Offensive lineman Laurent Duvernay-Tardif became the first player to opt out of the upcoming NFL season on Friday, choosing to put his medical degree to use on the front lines of the coronavirus pandemic rather than helping the Kansas City Chiefs defend their first Super Bowl title in 50 years.

Duvernay-Tardif has been working to fulfill his requirements to become a doctor in the offseason, and has spent this summer working at a clinic in his native Canada. He said that experience helped him decide that if he was going to take any risks with his health, it would be to help patients dealing with the virus.

“This is one of the most difficult decisions I have had to make in my life but I must follow my convictions and do what I believe is right for me personally,” Duvernay-Tardif said in his announcement on Twitter. “That is why I have decided to take the opt-out option.”

The NFL and its players association agreed earlier Friday to an opt-out clause for the upcoming season. Those who choose to voluntarily will receive a $150,000 stipend and those with medical opt outs will receive $350,00 rather than their contractual salary, two people with knowledge of the decisions told The Associated Press. The people spoke to the AP on condition of anonymity because the stipend amount was not made public.

The deadline to opt out is Aug. 3, but Duvernay-Tardif made the decision before Chiefs veterans were due in camp.

“Being at the front line during this offseason has given me a different perspective on this pandemic and the stress it puts on individuals and our healthcare system,” Duvernay-Tardif said. “I cannot allow myself to potentially transmit the virus in our communities simply to play the sport that I love.”

The Chiefs welcomed rookies to training camp earlier this week, though most of their time was spent undergoing tests for COVID-19 and routine physicals. Veterans such as Duvernay-Tardif were expected to arrive in the coming days.

The 29-year-old Duvernay-Tardif was a relative unknown when the Chiefs selected him in the sixth round of the 2014 draft out of McGill University, which plays at a level in Canada roughly equal to Division III in the U.S. But his intelligence allowed him to quickly pick up coach Andy Reid's playbook, and a year spent learning the ropes — and building strength and more experience — pushed him into the starting lineup by the following season.

Duvernay-Tardif has dealt with a series of injuries since signing the deal. He fractured his fibula in Week 5 of the 2018 season and was out until the playoffs, and he missed two games with injuries during last season's Super Bowl run.

He played every offensive snap in the playoffs, helping the Chiefs rally to beat the San Francisco 49ers for the title.

The Chiefs signed most of their free agents from the team, and quarterback Patrick Mahomes and defensive tackle Chris Jones signed monster contracts over the summer, as they tried to bring the team back intact. They had 20 of 22 starters on offense and defense returning before Duvernay-Tardif announced his decision to opt out.

“Given the worldwide sanitary crisis we are currently experiencing, the NFL and the NFLPA have agreed to significant health and safety protocols to protect the players. There is no doubt in my mind the Chiefs’ medical staff have put together a strong plan to minimize the health risks associated with COVID-19 but some risks will remain,” he said. “I want to thank everyone in the Kansas City Chiefs organization for their support and understanding.”