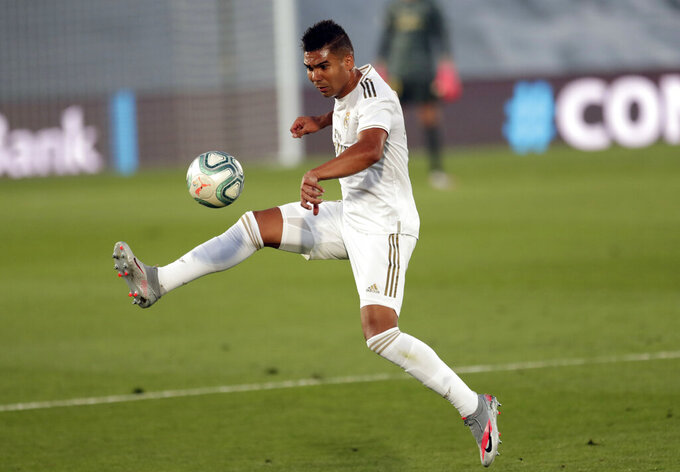 Bush becomes the latest addition in a week where two players tested positive, another was placed on it as a close contact, and the team closed its facility and canceled practice. Chicago plays at Tennessee on Sunday.

Starting right guard Germain Ifedi and backup offensive tackle Jason Spriggs were placed on the list on Tuesday. Coach Matt Nagy indicated this week that Spriggs tested positive for the coronavirus and Ifedi was put on it because of a close contact.

The Bears canceled practice and closed their facility Thursday after another player tested positive for COVID-19.

They we’re cleared that night by the NFL to practice the next day, and Ifedi was activated on Friday.

Bush has played in six games this season.

The Los Angeles Chargers have placed cornerback Brandon Facyson on the reserve/COVID-19 list.

The list is for players who either test positive or have been in close contact with an infected person. This is the second straight week Los Angeles has placed someone on the list after not having a positive test during training camp or the regular season. Offensive guard Ryan Groy tested positive on Oct. 28.

Spanish club Granada wants its soccer match at leader Real Sociedad on Sunday to be postponed.

The club has asked the Spanish league to reschedule the game in San Sebastián as it does not have enough players after an unspecified number of its team members tested positive.

The league has not officially responded to the request made on Saturday.

The Spanish league’s anti-contagion protocols and testing have managed to avoid any major problems for its 20-team top flight since it resumed play in June after a three-month stoppage caused by the pandemic.

Spain’s second division has had matches rescheduled due to outbreaks.

The Spanish club said all other first-team players, coaches and employees were negative from testing on Friday.

The team plays at Valencia on Sunday.

Hazard had been named in Belgium's squad for upcoming international games.