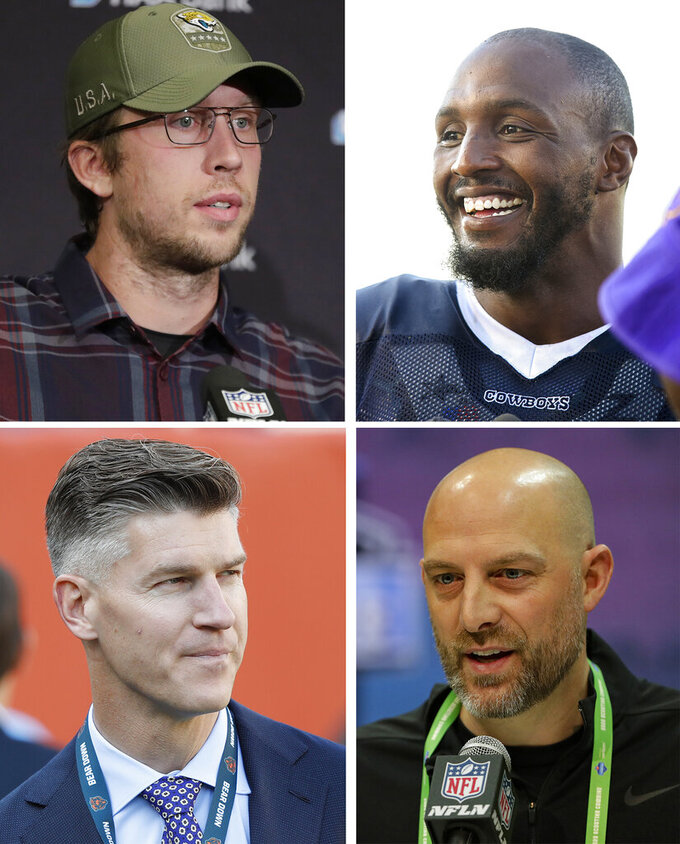 The Chicago Bears declared the quarterback competition between Mitchell Trubisky and newcomer Nick Foles an open one on Friday.

General manager Ryan Pace made that clear during a conference call, saying both players are “embracing” the battle that will play out whenever offseason workouts begin.

Coach Matt Nagy stressed that Trubisky will be the first quarterback on the field whenever practices begin, But he planned to give Trubisky and Foles equal time with the starters. He also said both will play in the preseason as part of the evaluation.

Pace largely staked his reputation to Trubisky when he traded up a spot with San Francisco to draft him with the No. 2 overall pick in 2017. And the results have been mixed.

Trubisky was selected to replace Jared Goff in the Pro Bowl after his second season. But instead of taking another big step forward last year, he struggled as the Bears stumbled to an 8-8 record and missed the playoffs after winning the NFC North at 12-4 in 2018.

Pace said after the season the Bears remained committed to Trubisky as their starter, though they weren't ruling out bringing in a veteran to push him. They did just that when they acquired Foles from Jacksonville last month.

On Friday, the Bears indicated he's more than an insurance policy if Trubisky struggles or gets injured.

“Mitch is a competitor,” Pace said. “I think when you’re built that way, competition brings out the best in you. Matt and I had that discussion with him, and you could feel that in him right away — kind of that, ‘OK, hey, let’s go, what’s best for the team and this is gonna bring out the best in all of us.’ I think the key word is just that he embraced the competition.”

Pace wouldn't answer if the Bears will pick up Trubisky's fifth-year option for the 2021 season. The deadline is in May, though it would be a surprise if they exercised it considering he is now in a fight for the starting job.

Foles said he called Trubisky because he thought it was important to introduce himself. He wanted to “get started on the right foot.”

Foles took 2018 Super Bowl MVP honors with Philadelphia. He led the Eagles past Chicago in the wild-card game at Soldier Field the next year. He's familiar with the Bears' system and worked with Nagy under Andy Reid when they were with the Eagles and Kansas City.

Foles also has something to prove, coming off an injury-riddled season in Jacksonville in which he lost his starting job to rookie Gardner Minshew. To make the trade to Chicago happen, he said he had to agree to a “crazy restructure” of the four-year, $88 million contract he signed just over a year ago.

“The quarterback competition becomes such a big thing in the NFL. Which it is,” Foles said. “The quarterback is an important position. But ultimately we have to do what’s best for the Chicago Bears.”

Note: The Bears signed LB Barkevious Mingo and re-signed LB Isaiah Irving to one-year contracts. Drafted sixth overall by Cleveland in 2013, Mingo has 10 sacks and four forced fumbles in seven seasons with the Browns, New England, Indianapolis, Seattle and Houston. Irving has played primarily on special teams in three seasons with the Bears.