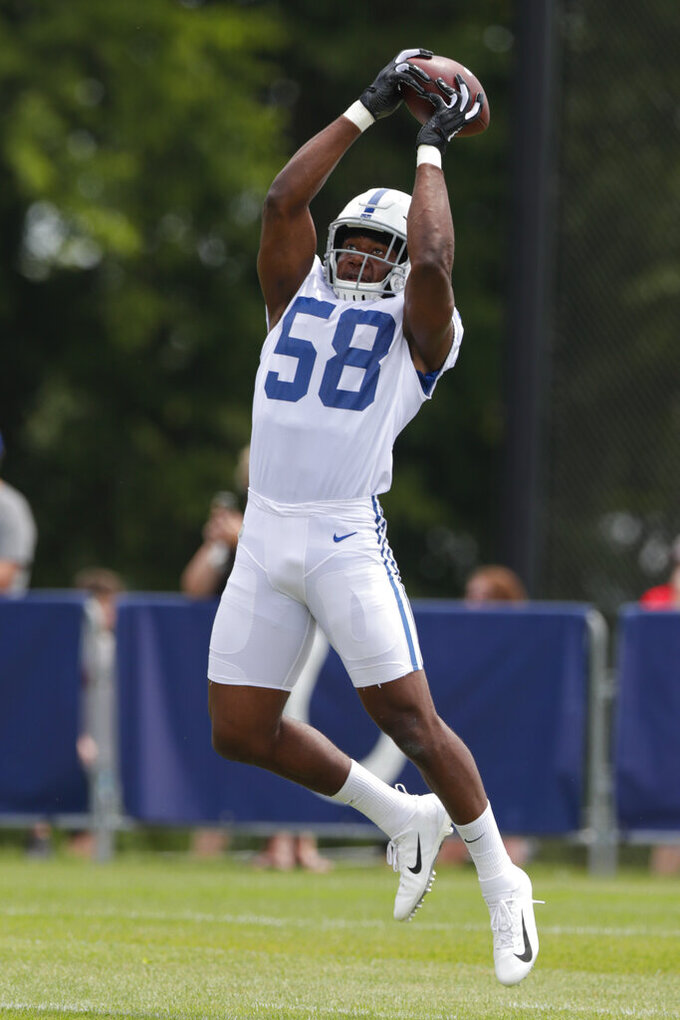 His name was publicly connected to the case for the first time last month, but Okereke made no public statements until after the Colts completed their first training camp practice in full pads Saturday.

"Those were untrue allegations, I willingly complied with the school investigation and was found not responsible," he said. "I informed the team about it during the pre-draft process and right now I'm just focused on making this team, helping this team out any way I can, and I'm moving forward."

Okereke was not punished by Stanford after a university board failed to reach the required 4-1 or 5-0 vote to hold him accountable. Criminal charges were not filed, either.

The New York Times initially reported in December 2016, without naming the parties involved, the board twice voted 3-2 in favor of the accuser before turning down a third request for a hearing. In June, The Fountain Hopper, an independent student-run website at Stanford, published details of the allegations and named Okereke as the accused football player.

It didn't come as a surprise to the Colts.

Just hours after Okereke's name surfaced publicly, general manager Chris Ballard told local reporters on a conference call that Okereke notified the team about the allegations during a January interview at the Senior Bowl. Ballard said team officials then took an exhaustive look into Okereke's background, contacting school officials and reaching out to others close to Okereke. Ballard said he also told team owner Jim Irsay of the accusations before taking Okereke in the third round of April's draft, No. 89 overall.

But Ballard acknowledged nobody spoke to the accuser or her attorney and that it was a "very sensitive subject."

On the field, Okereke was a key player for the Cardinal. He made 240 career tackles, had 10 ½ sacks, forced three fumbles and returned an interception for a touchdown in 51 career games.

He was a 2018 quarterfinalist for the Lott award, which goes to the nation's top defensive player based on athletic performance and character. He's also an Eagle Scout and organized school tours at Stanford for underprivileged children during a summer internship with former Secretary of State Condoleezza Rice.

Where he fits in with the Colts remains unclear.

He spent most of the first three practices backing up Anthony Walker at middle linebacker and believes he will also be used on special teams.

"I'll play wherever they put me," he said.