Column: Glimmer of hope for sports, but don't pop champagne 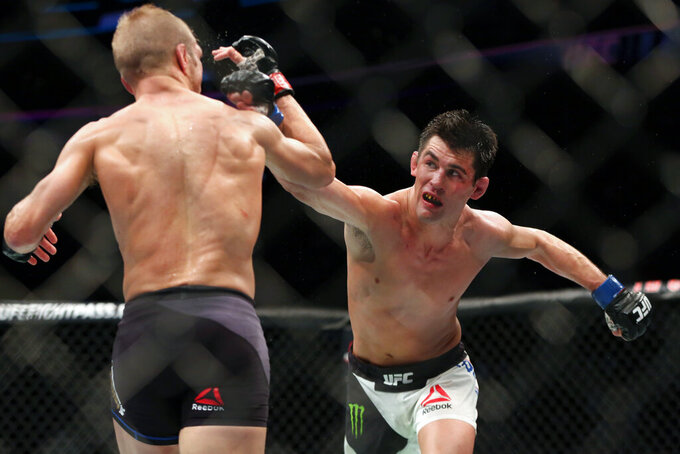 Finally, some signs of hope.

It’s only a glimmer. Let’s not pop the champagne just yet.

But there’s baseball in South Korea and Taiwan. NASCAR is getting ready to crank up its engines, and German soccer is revving to go, too. The PGA Tour and IndyCar racing are planning to resume next month, and even the tiniest of steps — Major League Soccer clubs beginning individual workouts, a handful of NBA teams reopening their training facilities Friday — are an indication that some form of normality is returning.

“People are calling it the new normal,” said Darren Eales, president of the Atlanta United MLS club. “We’re calling the now normal. It’s hard to predict what’s going to happen, but we have to deal with it.”

Certainly, anyone with the least bit of fandom running through their bones is eager to see live sports again — even if they can’t see it in person.

That was apparent from the record ratings for the NFL draft, not to mention the huge audiences tuning in for the Michael Jordan documentary “The Last Dance.”

“Good God, do I want to watch a baseball game,” exclaimed Amy Bass, a professor of sports studies at Manhattanville College just north of New York City. “We’re constantly saying that sports is not just an escape, that we can learn a lot from sports. But you know what? They are an escape.”

That’s something we could all use right now, with the death toll climbing past a quarter-million worldwide and approaching 80,000 in the United States, not to mention the paralyzing economic slump that has crippled many businesses and left tens of millions to deal with the despair of unemployment.

Yep, we need sports more than ever, but we also need to understand that things aren’t going to be the way they were before.

Not in the short term, for sure.

“I think we’re going to be looking at a cultural shift in sports,” Bass said, comparing it to the security-minded changes that affected all walks of life after the 2001 terrorist attacks. “There are kids today who don’t know we didn’t used to get frisked going into a ballpark. So many things changed in the culture of sports after 9-11.”

The most visible change that everyone can expect as sports returns is the lack of people in the seats. About the closest thing we’re going to get is those cardboard cutouts of fans that were placed in the stands by the Korean Baseball Organization.

The UFC is planning three mixed-martial-arts cards this month at an empty arena in Jacksonville, Florida, the first of those on Saturday night in what essentially serves as the reopening day of human-centric U.S. sports (sorry, horse racing and bull riding).

It’s not ideal by any means — an indoor sport requiring brutal, hand-to-hand combat — but UCF leader Dana White has been pushing for weeks to get his gladiators back in the octagon (remember Fight Island?), so everyone will be watching to see how it all turns out.

“We are going out there and do our best and keep sports alive,” said Tony Ferguson, who will fight Justin Gaethje in the co-main event for the UFC interim lightweight title. “This is going to bring a sense of normalcy to people.

While NASCAR plans to resume its Cup season with four races this month, other U.S. sports are taking a more cautious approach.

There's still no indication when Major League Baseball will begin its season, or what form that might take. Ditto for the NBA and NHL, which still hope to finish their seasons or at least find a way to crown their respective champions.

MLS has a bit more flexibility, since it can take its barely started season right up until the end of the calendar year, but the individual workouts that a few teams began Wednesday were merely a tantalizing snippet.

“A journey of a thousand miles begins with the first step," Eales said. “But we want to be cautious. The most important thing is to come back in a safe manner.”

That's a lesson the NFL will soon have to consider. The pandemic struck in the U.S. after the Super Bowl, so the league has been able to carry on largely with business as usual. Free agency. A remote draft that was a big hit. And Thursday night's ridiculously over-hyped release of the 2020 schedule, which has a full slate of games that are supposed to begin in early September.

It seems quite likely the NFL (and college football, too) will have to play at least some of its games in empty stadiums, unless a vaccine or an effective treatment comes along far sooner than anyone is projecting. But that shouldn't be a huge drawback for the NFL, which relies on lucrative television deals for the bulk of its revenue.

The outlook isn't nearly as hopeful for other leagues, in this country and around the world.

The Canadian Football League will likely have to cancel its season, according to Commissioner Randy Ambrosie, who told lawmakers this week that the CFL's future is “very much in jeopardy” without a hefty government bailout.

Bass said a more extensive weeding-out of less-prominent leagues and sports might be one of the biggest legacies of the pandemic.

“I suspect we're going to see a squashing of some sports by the others," she said. “While the ratings for the NFL draft were off the board, look at what kind of coverage the WNBA draft got. I think women's sports are going to suffer.”

But those are issues for another day.