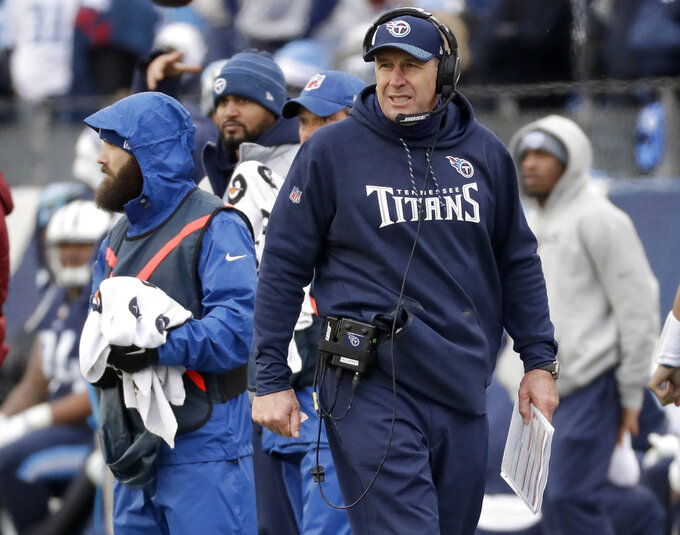 Koetter returns to Atlanta following four seasons as Tampa Bay's coach. Mularkey most recently spent two seasons as the Tennessee Titans' coach, and also has been the head coach at Buffalo and Jacksonville.

Each has had previous success running the Atlanta offense with quarterback Matt Ryan. Mularkey was Ryan's first offensive coordinator in 2008-11. Koetter directed the Falcons' offense from 2012-14.

Quinn said he was "fired up" to have Koetter take over the offense.

"His experience and familiarity with our division will also pay dividends as we move forward," Quinn said in a statement.

Koetter was fired by Tampa Bay following a 5-11 finish this season, which ended with a 34-32 loss to the Falcons. He was promoted from offensive coordinator to head coach in January 2016. He led the Bucs to a 9-7 record that year before back-to-back 5-11 finishes.

Koetter continued to guide the Buccaneers' offense as coach. Tampa Bay led the league with 294.4 yards passing per game during his three seasons.

The Falcons struggled with inconsistency on offense this season, Sarkasian's second with the team, as they failed to extend a streak of two straight playoff appearances. Injuries played a role as running back Devonta Freeman and both starting guards were placed on injured reserve.

The Falcons scored no more than 20 points in a stretch of five straight losses that ended their playoff hopes. They closed the season with an offensive resurgence in three straight wins, but it wasn't enough to save Sarkasian's job.

Before his time in Atlanta, Koetter was Jacksonville's offensive coordinator from 2007-11.

In Koetter's first three-year stint in Atlanta, the Falcons averaged 24.0 points to rank 10th in the league. They were fourth in the league in passing during that span.

Mularkey led the Titans to 9-7 finishes in both 2016 and 2017. He was fired following a divisional-round playoff loss to New England.

"Mike brings over 20 years of experience in our league as a former play-caller, head coach and as a player, and we are pleased to have him join our staff," Quinn said. "He has a good feel for our offense, both in the run game and the pass game, and we feel he will be able to add to the strengths of our tight ends group as we head into 2019."