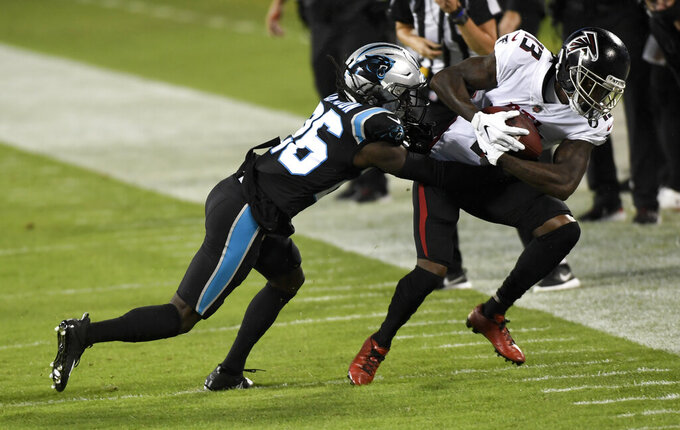 CHARLOTTE. N.C. (AP) — Atlanta Falcons wide receiver Calvin Ridley has been ruled out of Thursday night's game at Carolina because of a left ankle injury.

Ridley, the Falcons' leading receiver this season, limped off the field after making a 19-yard reception in the second quarter. He held his left foot after the play and then was escorted to the locker room.

The Falcons announced after halftime Ridley would not return.

Ridley had three catches for 42 yards before the injury, which created playing time for Christian Blake.

Panthers starting cornerback Donte Jackson left the game with a toe injury and is questionable to return. Jackson has been bothered all season by a nagging toe injury.