J.C. Jackson blossoms as a ballhawk in Patriots secondary 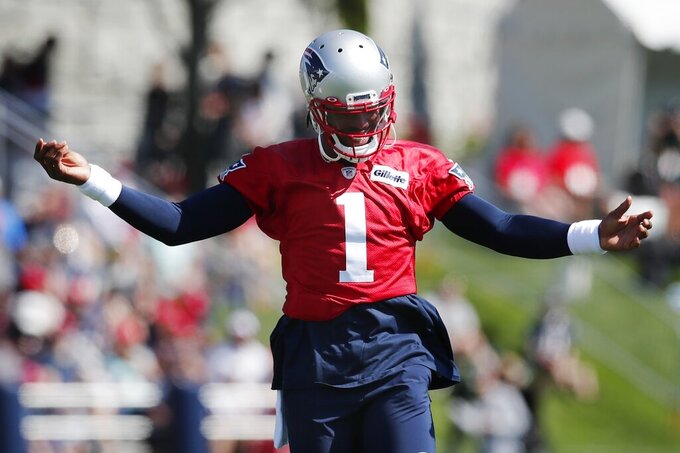 FOXBOROUGH, Mass. (AP) — He entered the league, to quote his head coach, as an “unknown.” Three years later, J.C. Jackson has made a name for himself as a defensive ballhawk in the New England Patriots secondary.

“I approach it the same way I did my rookie year,” the 6-foot-1, 198-pound cornerback said Saturday following the Patriots’ fourth straight day of training camp practices on the fields behind Gillette Stadium. “Just play the best, be the best I can.”

Jackson was at his best in 2020 when he finished with nine interceptions, second in the NFL to Xavien Howard’s 10 with Miami.

“J.C. came in here unknown, (an) undrafted player,” Patriots coach Bill Belichick said. “(He) earned a spot on the roster, earned playing time. He has continued to work hard and develop. I’d say his role has increased from year two to year three, and it’s kind of stayed about the same since then. (He’s) continuing to gain the experience and improve on his fundamentals and techniques.”

His rookie contract up, there was a school of thought that the Patriots would sign Jackson to a long-term deal during the offseason. Instead, he was offered -- and signed -- a second-round tender as a restricted free agent, an agreement that leaves his future beyond this season unclear.

None of that fazes Jackson, who truly had to prove himself when he entered the league as a rookie free agent out of Maryland back in 2018.

“I had a feeling that they were going to tender me,” said Jackson. “I wasn’t expecting (any) contract extension. That just gives me another year to get better and improve. That’s how I look at it. Nothing negative.”

Jackson began making a positive impact on the Patriots as a rookie. Appearing in 15 regular-season games and starting five in 2018, he totaled 24 tackles, was credited with six passes defended, and intercepted three passes to tie for second on the team. Appearing in all three of the team’s postseason games that culminated in a Super Bowl LIII championship, he made seven tackles and was credited with two passes defended.

Appearing in all 16 of the Patriots’ regular-season games and starting six in 2019, Jackson totaled 36 tackles, 10 passes defended, five interceptions and blocked a punt on special teams.

A year ago, Jackson appeared in all 16 of the team’s games, starting 11, and while the Patriots may have struggled to a 7-9 finish, he clearly made a name for himself around the league. He set a franchise record by intercepting a pass in five consecutive games.

When on the field in tandem with 2019 NFL Defensive Player of the Year Stephon Gilmore, Jackson gives the Patriots a solid one-two punch at cornerback. However, Gilmore, who is in the last year of his contract and has made it clear he is looking for a new deal, is on the physically unable to perform list as he continues to rehabilitate from the quadriceps injury that put him on the injured reserve list late last season.

Jackson says none of that has done anything to stifle the line of communication with Gilmore.

“He’s one of the top corners in the league,” Jackson said. “Being able to be on the same team as him, it’s a blessing. Me and Steph, we talk every day. Steph is like my big brother.”

As for his future in New England, well, Jackson isn’t talking about that.

“We’ll discuss that later,” he said. “Right now the focus is on training camp.”

NOTES: While much of the focus in training camp continues to revolve around the development of rookie QB Mac Jones, the team’s first-round draft pick from Alabama, Belichick reiterated that veteran Cam Newton remains the starter in his second year with the team. “Cam’s our starting quarterback. I think I’ve said that,” said Belichick … Belichick explained Anfernee Jennings’ absence from the start of camp by saying that the second-year linebacker has been excused for “personal reasons.”