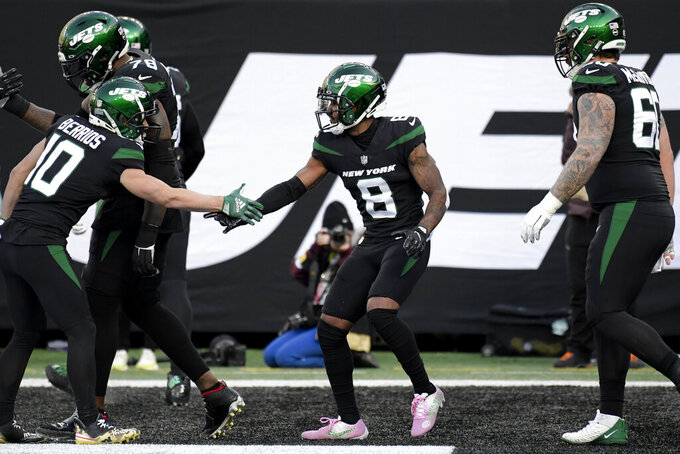 Moore was listed as questionable Friday for the Jets' game Sunday against the New Orleans Saints with a quadriceps injury. He didn't practice all week and it seemed unlikely he would play, although coach Robert Saleh said the team would see how Moore felt in the days leading up to the game.

Moore, who leads the Jets with 43 receptions, will sit out at least the next three games with a chance of returning for the final two. The second-rounder from Ole Miss has been one of the NFL’s top wide receivers over the past several weeks with five touchdown catches in his past five games.

The news on Moore comes just a few days after New York placed wide receiver Corey Davis on injured reserve with a core muscle injury. He'll be out the rest of the season. Jeff Smith was placed on the COVID-19 list this week and won't play.

With Moore and Davis out, rookie quarterback Zach Wilson will have Jamison Crowder, Keelan Cole, Denzel Mims and Braxton Berrios, along with the just-promoted Vyncint Smith and Montgomery at wide receiver against the Saints.

The return of Echols is good news for the Jets, who'll get back a starter in their secondary opposite No. 1 cornerback Bryce Hall. Echols missed three games with a quadriceps injury. He has 41 tackles and four passes defensed in nine games, all starts.