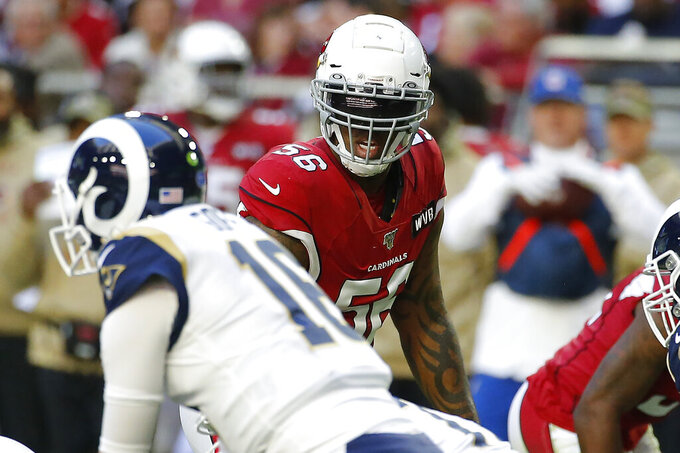 The 37-year-old Suggs spent the first 16 years of his career with the Baltimore Ravens before spending most of this past season with the Arizona Cardinals. He had 5 1/2 sacks for the Cardinals before he was waived last week, driving the seven-time Pro Bowl pick's total to 138 sacks for his career.

He needs two more sacks to pass Jason Taylor for seventh most since sacks became an official stat in 1982.

The Chiefs already placed Emmanuel Ogbah on injured reserve with a torn pec sustained in Week 10 against Tennessee. It is likely that Okafor will join him after sustaining the same injury late in the first half against Denver.

Their top pass rusher, Frank Clark, has missed time with a neck injury and a lingering illness this season.