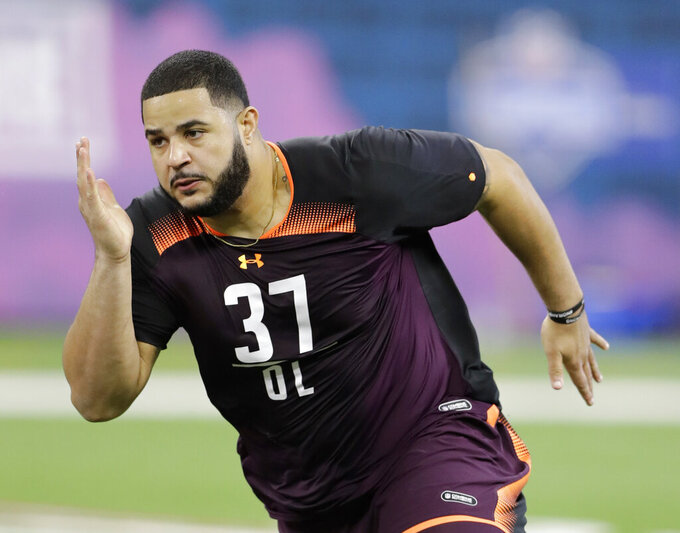 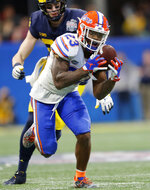 METAIRIE, La. (AP) — Saints general manager Mickey Loomis and coach Sean Payton left no doubt about their willingness to give up multiple draft picks — in the present and future — to go after prospects they like.

New Orleans began the draft not slated to pick until near the end of the second round — 62nd overall — and with no other selections in the first four rounds.

"If you like the player, go get him," Loomis said. "That's our philosophy."

While only time will tell if the deals were worth it, the generally guarded Loomis sounded eager to emphasize the value the Saints believed they found with only five total draft choices after trades had sent away four picks from this year and one second-rounder in 2020.

Loomis declared that with picks 48, 105 and 177, the Saints acquired three players they had rated in the top 70 going into the draft. The third player New Orleans drafted was Rutgers safety Saquan Hampton in the sixth round.

Using the analogy, "More swings, more hits," Loomis acknowledged that there can be benefits to trading down and stockpiling picks rather than giving away multiple picks to move up for a single selection.

In this case, Loomis said, the Saints sought "quality over quantity." Loomis added that the current state of the Saints' roster — with most players back from a team that nearly advanced to the Super Bowl — was a factor in that approach.

The 6-foot-4, 303-pound McCoy started every game for the past three seasons for a prolific Aggies offense and was also a captain, an indication of his leadership ability.

"You see his strength on tape in each game you watch. We really had a high grade on him," Payton said. "He obviously played at a high level of competition and you see the consistency, and there were just a lot of things to like."

The 5-11, 210-pound Gardner-Johnson had nine interceptions at Florida, returning three for touchdowns. Four of his interceptions — and two of his TD returns — came last season. Loomis said the Saints see the former Gator as someone who can play either safety spot.

"That was one of the things we like about him — his versatility," Loomis said.

The Saints also had a pair of seventh-round picks with which they selected Notre Dame tight end Alize Mack at 231 overall and Idaho edge rusher Kaden Elliss at 244.

Mack has been widely characterized as a disappointment at Notre Dame. But the NFL has plenty of examples of players whose relative lack of college production belied their pro potential.

"Obviously, he was a really highly decorated high school player," Loomis said. "Whether he met (Notre Dame's) expectations or his, that's for someone else to say, but we like the talent and we like where we got him. ... He'll get every opportunity to succeed here."

The trade with Miami that allowed the Saints to draft McCoy cost New Orleans their second-round picks this year and next, as well as a sixth-rounder this year. But New Orleans also got Miami's fourth-rounder in that deal, which the Saints used in a trade with the Jets to move up 11 spots and take Gardner-Johnson.

"The key to that was getting the (fourth-round pick) back when we made the trade to get McCoy," Loomis said.

With their top three picks, the Saints addressed positions where they had lost veteran regulars. Center Max Unger, selected to the 2018 Pro Bowl, retired after the season. New Orleans also released veteran safety Kurt Coleman after signing him as a free agent just one year earlier.

And while the Saints had no apparent need to find a rookie who could start right away, they might have found one in McCoy, a player Payton said they expected to be drafted as early as the end of the first round.

Before drafting McCoy, the Saints had responded to Unger's retirement by signing free agent Nick Easton, a former starting center in Minnesota.

Payton noted that Easton and McCoy each are versatile enough to play center or guard, and the coach sounded pleased to have both on the roster to improve depth within the unit responsible for protecting 40-year-old record-setting quarterback Drew Brees and blocking for third-year star running back Alvin Kamara.

Starting defensive tackle Sheldon Rankins is expected to miss at least the early part of the season while coming back from a torn Achilles, Tyeler Davison left in free agency and David Onyemata could be suspended up to four games for a misdemeanor marijuana citation.