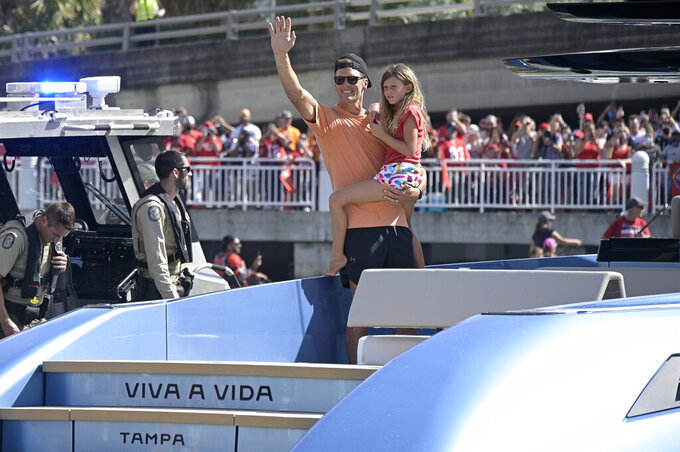 General manager Jason Licht reiterated Wednesday that the Super Bowl champions would like to keep the 43-year-old quarterback in uniform for as long as Brady wants to play. Licht declined to characterize any conversations the team’s had about that prospect.

“We don’t typically talk about those discussions publicly,” Licht said during a video conference call in which he and coach Bruce Arians discussed free agency and efforts to retain several potential free agents instrumental to the team’s championship run.

“Bruce and I both have a great relationship with Tom. I have a good relationship with his agents. We thought Tom played incredibly well this year, along with the entire team, and we would love to have Tom play here — and I can speak for Bruce, I think — as long as he continues to want to play,” the GM added. “If that comes to fruition at some point, then we’d be elated. But I’d like to keep those conversations private that we have right now.”

Despite not having normal offseason workouts and preseason games to prepare for his first season in Tampa Bay, Brady threw for 4,633 yards and 40 touchdowns to lead the Bucs to their first playoff appearance since 2007.

The seven-time Super Bowl champion signed a two-year, $50 million contract in free agency last March following a historic 20-season stint with the New England Patriots. He’ll turn 44 in August and has said he’s liked to play until he’s at least 45.

The Bucs, meanwhile, are hoping to keep as much of the championship roster intact as possible.

“We don’t want to do anything that’s going to mortgage or completely disrupt the future, but we have flexibility ... and the ability to keep this team together,” the general manager said.