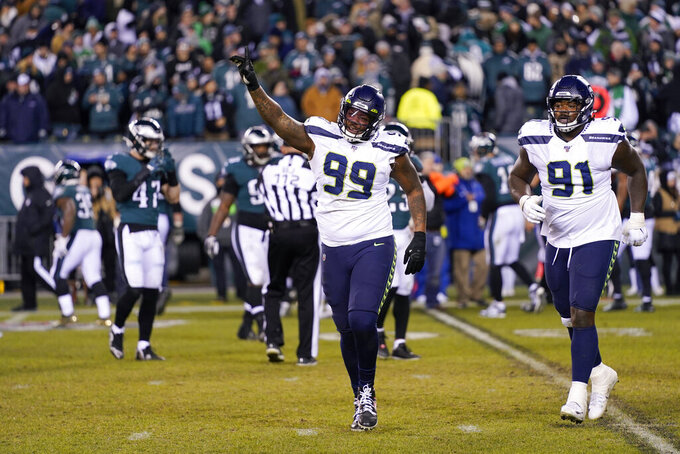 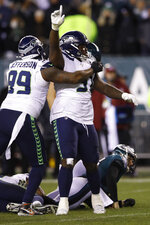 RENTON, Wash. (AP) — Seattle linebacker K.J. Wright didn't need to be reminded of his personal history playing in Green Bay and never walking out of Lambeau Field with a victory.

“I'm very aware of it," said Wright, who is 0-3 in his career playing in Green Bay. “We got to get it done. We're due for it. It's the first time in the playoffs going there, but it's a very interesting place. I like playing in that stadium. Their fan base loves it there. We've got to make it happen."

Wright's history is a small microcosm of the Seahawks as a whole, both playing on the road against the Packers and in this round of the postseason.

When the Seahawks travel to Green Bay on Sunday for the NFC divisional playoff matchup against the Packers they'll be trying to snap a pair of separate losing streaks spanning more than 20 years.

Seattle has lost eight straight games played in Green Bay, including a pair of postseason losses. The previous time the Seahawks won on the Packers home field, Mike Holmgren was the head coach, Jon Kitna was the quarterback and Y2K had yet to arrive.

“I don’t think you can connect a fan base with your team any tighter than you can do it there. They do a great job of knowing how to be a factor," Carroll said. “Then there’s conditions too that go along with it. Early in the year it’s not a big deal, but late in the year the conditions can be a factor that you can’t copy. You just have to adjust when you’re there."

Along with the troubles against the Packers in Green Bay, there's another eight-game losing streak hanging over the Seahawks. Playing in the divisional round of the playoffs on the road has been mostly a nightmare for Seattle.

Nine times in franchise history the Seahawks have played a divisional round playoff game on the road. They won their first on Dec. 31, 1983, when they were in the AFC and knocked off the heavily favored Miami Dolphins.

Of course, Seattle can end both losing streaks by winning Sunday. Doing so would put to rest some painful past playoff memories.

In 2003, a young Seattle team faced the Packers in the wild-card round. The game went to overtime where quarterback Matt Hasselback won the toss and famously said “We want the ball and we're going to score."

It ended up being the Packers scoring, and winning, after Al Harris intercepted Hasselback and returned the pick for a game-winning touchdown.

Four years later, in the divisional round, Seattle jumped out to a 14-0 first-quarter lead against the Packers on a snowy evening. Then Green Bay rolled off 35 of the next 38 points and coasted to a 42-20 win.

None of the players this Sunday were involved in either of those previous playoff meetings in Green Bay. But they all understand the difficulty of trying to win at Lambeau Field in the postseason.

“I’m looking forward to that," said Seattle DE Jadeveon Clowney, who has never played there. “If I leap in there, they might push me down.”

NOTES: Offensive tackles Duane Brown (knee) and George Fant (groin), and G Mike Iupati (stinger) missed practice for a second straight day raising concerns about Seattle's offensive line depth. Brown has an outside chance of returning after minor knee surgery a few weeks ago, and Fant has started the past two games in his place. Iupati missed last week against Philadelphia with Jamarco Jones starting in his spot. ... Clowney declined to speak about his hit on Carson Wentz that knocked the Eagles QB out of last week's game with a concussion. Clowney said after the game he did not intend to hit Wentz in the back of the head. “We’re still playing, I’m on to Green Bay. I’m just looking forward to this game.”