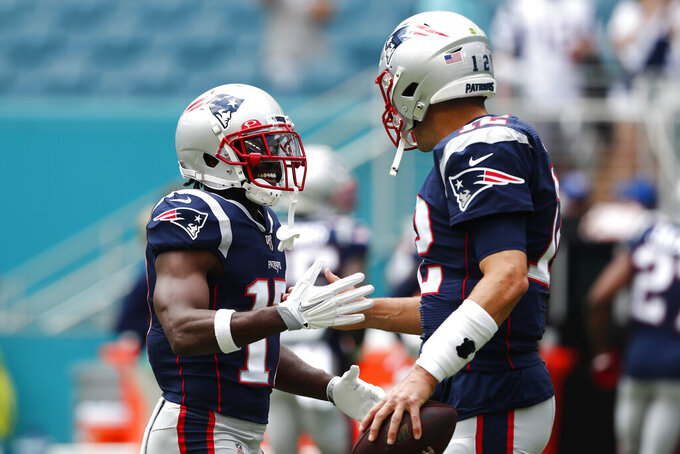 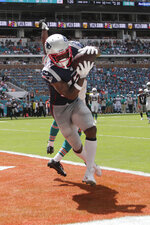 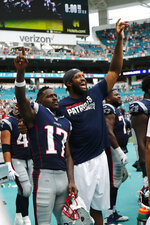 The NFL plans to meet Monday with a woman who says she was raped by New England Patriots wide receiver Antonio Brown.

Britney Taylor accused Brown of rape and sexual assault in a federal lawsuit filed Tuesday in the Southern District of Florida. Brown has denied the allegations by his former trainer.

Taylor said Tuesday in a statement she will cooperate with the NFL and any other agencies.

Darren Heitner, a lawyer representing Brown, said Brown and Taylor had "a consensual personal relationship." He told the AP on Tuesday his client plans to countersue.

Brown made a big splash in his Patriots debut Sunday, catching a 20-yard touchdown pass from Tom Brady in a 43-0 victory at Miami. He led the team with 56 yards on four receptions, all in the first half.

"Good to have him out there," coach Bill Belichick said.

New England activated the four-time All-Pro receiver after he wasn't placed on the commissioner's exempt list. No criminal charges have been filed and the NFL hasn't fully developed its investigation, so Brown was able to play for the Patriots, who acquired him after he requested and got his release from Oakland.

Teammates praised Brown's debut, and said he quickly began to grasp the offense.

"He worked hard all week trying to learn as much as possible," running back James White said. "It's not easy walking in and trying to learn in three days of practice. He took to coaching and went out there and played hard."

With Brown joining Josh Gordon and Super Bowl MVP Julian Edelman, the Patriots have one of the league's most talented receiver corps.

"I don't think any of us had any doubts about AB's skill set," Gordon said. "It's good everybody sees it. He continues to be what we expect him to be, and that's a great wide receiver and good football player. For us that's a tremendous asset and takes a huge stress off the offensive linemen and the running backs. There's no way you can pinpoint one facet of our offense to try to shut us down. He's a huge help. We're glad to have him."

Brown caught every pass his way in the first half. Brady threw to him four more times in the second half, but each pass fell incomplete.

"We're making progress," Belichick said. "We're certainly not there yet."

Belichick declined to discuss the decision to activate Brown.

The AP does not typically identify people who say they are victims of sexual assault unless they come forward publicly. Taylor was identified in the federal lawsuit and was quoted in a statement provided by her lawyer, David Haas.

"As a rape victim of Antonio Brown, deciding to speak out has been an incredibly difficult decision," Taylor said. "I have found strength in my faith, my family, and from the accounts of other survivors of sexual assault. Speaking out removes the shame that I have felt for the past year and places it on the person responsible for my rape."