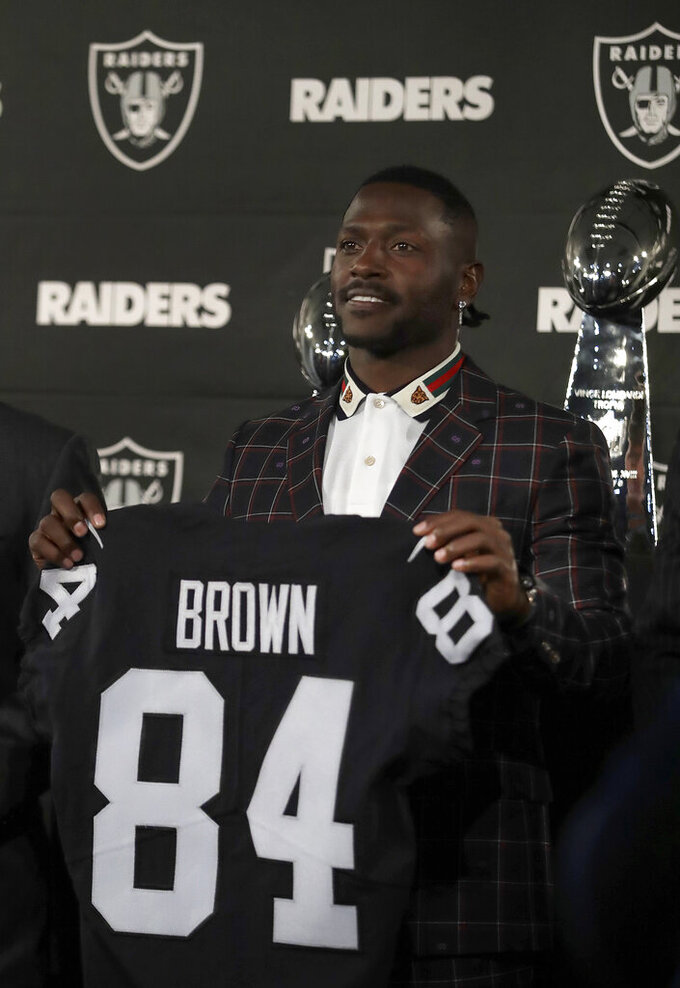 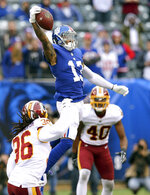 It's probably fair to compare the opening of the NFL's business season with the wildness often seen on the stock market floor. A frenzy of bidding and trading and changes of mind — all involving millions of dollars.

Several trends already have appeared during the two days of the "legal tampering" period, and once moves became official:

Antonio Brown didn't want to be a Steeler anymore. Nor did Le'Veon Bell.

Odell Beckham Jr., was unhappy with his quarterback in New Jersey.

So Brown, whose antics at the end of the 2018 season pretty much guaranteed he would be leaving Pittsburgh, landed in Oakland, where he presumably is thrilled with a new contract that guarantees him $30 million; he had no guaranteed money remaining on his Steelers deal. How long he will be happy with Derek Carr after becoming dissatisfied with Ben Roethlisberger depends on how often and accurately Carr gets Brown the ball.

Bell, who sat out the entire 2018 schedule rather than sign another franchise tag, saved a year of wear and tear, always a consideration for a running back. Then he got a megadeal from the Jets that satisfies his demands for financial security: $52.5 million for four years, with more than half of that pretty much guaranteed. He also has some attainable incentives that could increase the total package.

The Beckham trade echoes the Brown situation only in that his shenanigans — and criticisms of Eli Manning — made his team tire of him despite all of his electrifying skills. Where the Giants prospered and the Steelers didn't was in the value of compensation: Cleveland parted with a first- and third-round draft pick and Jabrill Pepper, who should start at safety.

But Beckham also got out of a place that didn't totally please him.

While defensive linemen tend to come into the NFL and make an early impact, it's far more rare for blockers to do so. Thus, teams are turning more and more to free agency for guys to protect their most valuable commodity, the quarterback, and open holes for runners.

The Raiders led the way here, grabbing left tackle Trent Brown, who was a major contributor to New England's title run, for $66 million over four years.

Buffalo, whose 2018 season in part was destroyed by problems up front, got Chiefs center Mitch Morse for four years and $44.5 million, and tackle Ty Nsekhe ($14.5 million for two years).

Carolina, San Francisco and Seattle also dived in with huge sums for huge men on the O-line.

And Baltimore re-signed what coach John Harbaugh calls "the best blocking tight end in the league," Nick Boyle, for $18 million over three years.

Early returns indicate players are getting more guaranteed money, in total and percentage-wise. A fully guaranteed contract such as the deals hundreds of baseball players negotiate, remains extremely rare in the NFL. But there's progress being made, and perhaps Kirk Cousins' megadeal in 2018 (three years, $84 million) eventually will be a bellwether.

No question the Browns, Raiders, Jets, Bills and 49ers all took major steps in upgrading their rosters through trades and free agency. What do those five have in common, though? How about lots of losing in recent years?

Certain units that needed improving, aside from the aforementioned offensive lines, got an influx of talent: Kansas City's and Green Bay's defense; Washington's secondary; and Jacksonville's quarterbacking with Nick Foles.

The Steelers, long the measuring rod in the AFC North, look severely weakened — and they already did so too often in tight games last season.

Giants fans might be wondering why they should show up at MetLife Stadium this year. Well, there's the sensational Saquon Barkley.

Miami, which traded starting QB Ryan Tannehill to Tennessee on Friday, is in full rebuild mode. Carolina could wind up there, too.