Payton: Saints planning up to a month away from New Orleans 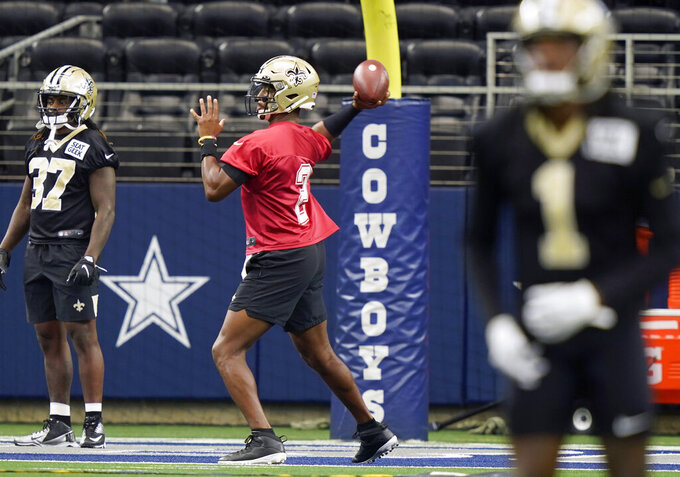 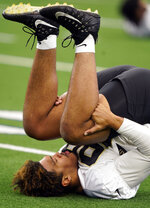 The New Orleans Saints are investigating the possibility of remaining in the Dallas area for up to a month and opening their regular season against Green Bay in the Cowboys’ home stadium, coach Sean Payton said.

While the Superdome appears to have been spared significant damage from Hurricane Ida, there are logistical challenges with staffing an NFL game there in the near future because of the widespread damage in the New Orleans area.

Many New Orleans residents have evacuated and officials have advised them not to return for at least another several days while roadways are cleared and widespread damage to power lines are repaired. Some neighborhoods are expected to be without power for weeks.

“There’s a chance that, if our stadium is not ready to host the Packers in Week 1, where might that game be?” Payton said Tuesday. “That game could very well be right here at AT&T Stadium. We’ve got enough fans in this area and Houston, certainly from northern Louisiana, that we think that would be something that’s very realistic.”

Payton said the Dallas area, where the Saints relocated on Saturday as Ida approached the Gulf Coast, also seems to make the most sense as a temporary practice base because multiple Division I college football programs there have offered help and because of conflicts or logistical challenges with other locations the club considered.

TCU, where Payton’s son, Connor, is a student, and SMU have reached out and “completely would love to be a part of helping us and hosting us,” Payton said.

Payton said the Saints are focused on making a four-week plan, “knowing we can always adjust if need be.”

“A lot of it will depend on, when is the city ready to receive people to come back? When’s the power back up?” Payton continued. “When are all the things up and running at least for people to return? And we don’t know the answer to that yet.”

Payton said the Saints cannot use the Greenbrier Resort in West Virginia, where they held three training camps from 2014 to 2016, because the San Francisco 49ers are using it between season-opening road games in Detroit and Philadelphia.

Indianapolis was ruled out because of a Guns N’ Roses concert scheduled there, Payton said.

And while Payton is fond of Oxnard California, where the Cowboys traditionally begin their training camp, that spot didn’t make sense in terms of travel because the Saints have road games at Charlotte and New England in the first month of the season.

“I don’t think it’s in our best interest to go to California," Payton began, "and then make two East Coast trips.”

Meanwhile, Payton also spoke for the first time about his decision late last week to name Jameis Winston his starting quarterback over Taysom Hill. The two competed throughout the preseason to succeed retired record-setting passer Drew Brees. And Payton assured that Hill, a strong all-around athlete who’s played multiple positions, would continue to have a considerable role.

Winston, a 2015 top overall draft choice by Tampa Bay who joined the Saints as a reserve last season, has “done a great job. He’s earned that,” Payton said of the starting nod. “The No. 1 thing is leading your offense, and moving the ball, and scoring points. We feel like he’s got a unique skill set with his arm talent where he can get ball down the field. He’s done a really good job working through some of the progressions.”

Winston separated himself from Hill in the Saints’ second preseason game against Jacksonville on Aug. 23, completing nine of 10 passes during three series, highlighted by touchdown passes of 43 and 29 yards to second-year receiver Marquez Callaway.

Payton also said the offensive coaching staff also would look “very closely at how we want to utilize Taysom and the positions we want to play him.”

Hill, who played on special teams, at tight end and served as a change-of-pace, read-option QB even while Brees was playing, went 3-1 as a starter while Brees was injured last season.

Winston and Hill are “both real good football players and we’re going to need both of them this year,” Payton said.