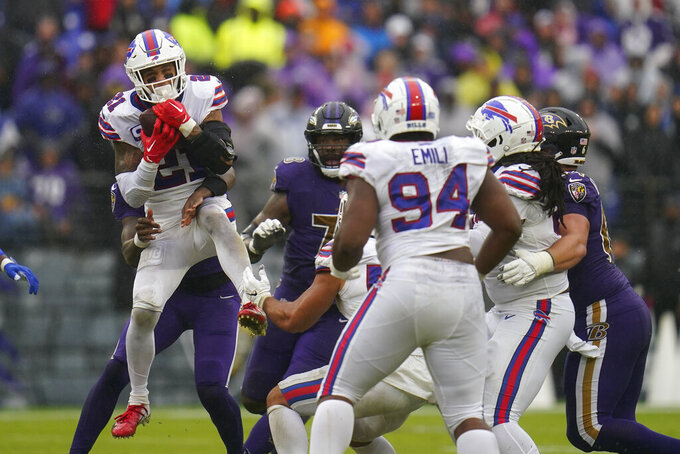 Buffalo Bills safety Jordan Poyer (21) intercepts a pass against the Baltimore Ravens in the second half of an NFL football game Sunday, Oct. 2, 2022, in Baltimore. (AP Photo/Julio Cortez)

Poyer, who leads the NFL with four interceptions, will miss his second game in three weeks, this time due to an injury to his ribs. Knox will miss his first game this season due to foot and hamstring injuries.

The Bills are 3-1, while the Steelers (1-3) have lost three straight and are turning to rookie quarterback Kenny Pickett to make his first career start.

The Josh Allen-led offense will also be minus several targets, with the team currently carrying three healthy receivers, not including McKenzie.