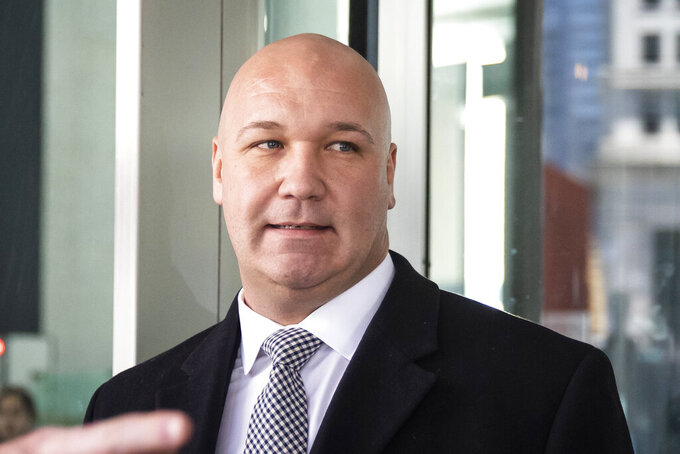 CHICAGO (AP) — The brother of Chicago Bears Hall of Fame linebacker Brian Urlacher has been pardoned of federal charges that he recruited for a multimillion-dollar illegal offshore gambling ring,

Casey Urlacher, the mayor of the tiny Chicago suburb of Mettawa, was among those pardoned in the final hours of President Donald Trump’s term as part of a flurry of clemency action that benefited more than 140 people.

Casey Urlacher, 41, was charged last February and pleaded not guilty the next month.

He also played football but with limited success, having played at Lake Forest College and in the Arena Football League before becoming mayor of the village of fewer than 550 people in 2013.

Brian Urlacher has supported Trump, contributing to Trump's campaign shortly after his brother was indicted and visiting the White House and presenting the president with a No. 54 Chicago Bears jersey days after his brother pleaded not guilty.

In a statement announcing the pardon early Wednesday, the White House said that Casey Urlacher “has been committed to public service and has consistently given back to his community,” adding that his mayoral position is unpaid and that he "is a devoted husband to his wife and a loving father to his 17-month old daughter.”