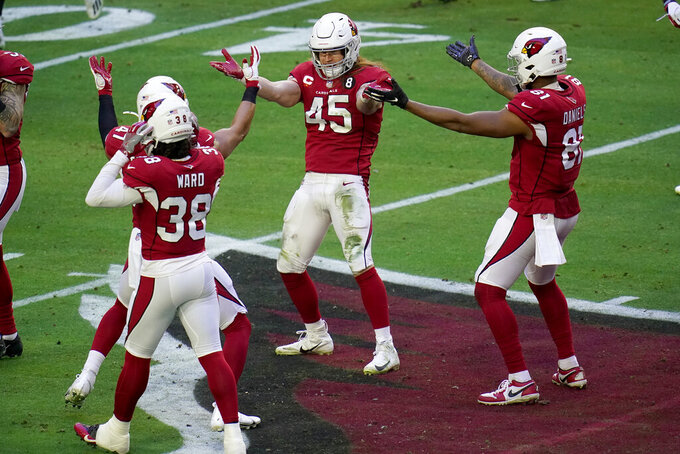 TEMPE, Ariz. (AP) — Arizona Cardinals coach Kliff Kingsbury said linebacker Dennis Gardeck is out for the rest of the regular season and will be placed on injured reserve with a knee injury.

Gardeck had a surprise emergence as one of Arizona's biggest playmakers on defense and is second on the team with seven sacks. The undrafted 26-year-old was a special teams ace during his first two seasons and hadn't played a defensive snap in the NFL until 2019 All-Pro Chandler Jones was lost for the year because of a biceps injury in October.

“He's such a tough guy we were exploring every option to try and get him out there,” Kingsbury said. “But it doesn't appear like it's going to work out, so he'll be put on IR for the remainder of the season.”

Gardeck was hurt in Sunday's 33-26 win against the Eagles. He had two sacks in the game before the injury. The Cardinals (8-6) host the San Francisco 49ers (5-9) on Saturday and are trying to clinch their first playoff berth since 2015.