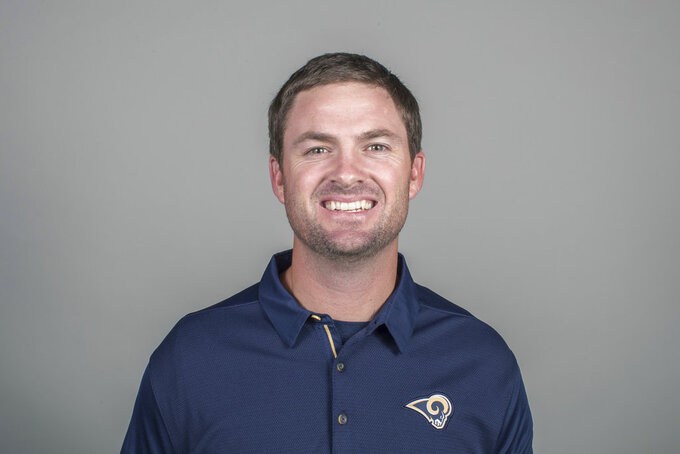 With the Rams off this weekend, Taylor also is expected to meet with the Arizona Cardinals about their head coaching vacancy.

Elway is searching for his fourth head coach in six seasons after firing Vance Joseph on Monday with two-year record of 11-21.

"This is no fun going through this. It's not something I want to do, but then again, I understand what my job is," Elway said. "My job is to give us, the Denver Broncos, the best chance to win."

That could be by hiring Taylor, a high-risk/high-reward outlier on Elway's short list of candidates .

Taylor has never been a coordinator much less a head coach. But the son-in-law of former Green Bay Packers head coach Mike Sherman has a strong track record working with quarterbacks and has earned praise in his two years on Sean McVay's staff.

He also has football in his blood: Taylor was the 2006 Big 12's Offensive Player of the Year at Nebraska; his father, Sherwood, was a defensive back and captain at the University of Oklahoma; and his younger brother, Press, 30, is the QBs coach for the Philadelphia Eagles.

While Elway's other candidates either have deep defensive roots or lots of experience, Taylor is the only one who boasts strong credentials in the run-pass option craze that has filtered from colleges to the pro ranks in recent seasons.

And Elway concurred with cornerback Chris Harris Jr.'s assessment this week that the Broncos have fallen behind by not adapting on offense or defense in the three years since they won their last Super Bowl title.

Taylor tutored the Rams' receivers in 2017 and was Jared Goff's position coach this season, when the 2016 top overall draft pick threw for 32 touchdowns and 4,688 yards while leading the Rams to a 13-3 record and the NFC's No. 2 playoff seed.

After college, Taylor served as a graduate assistant and tight ends coach on Sherman's coaching staff from 2008-11 at Texas A&M, where he worked alongside current Broncos offensive assistant Klint Kubiak.

Taylor jumped to the NFL in 2012 as a member of Joe Philbon's Miami Dolphins staff and tutored Ryan Tannehill during the quarterback's most productive seasons from 2013-15.