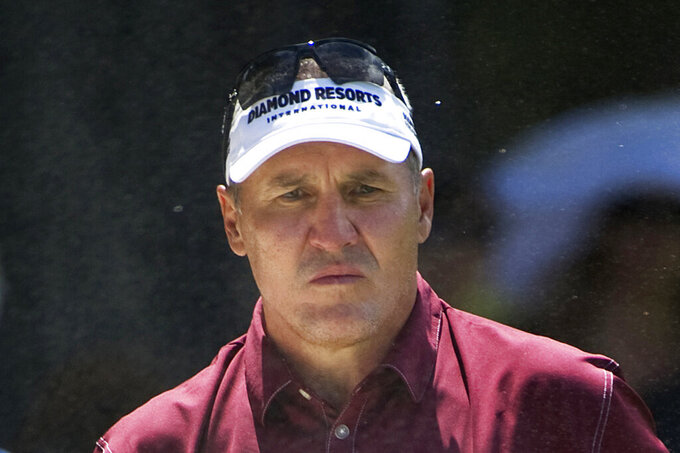 Former Super Bowl MVP Mark Rypien is pleading not guilty to a charge of domestic violence involving his wife.

Rypien entered the plea Monday morning in his hometown of Spokane, Washington, and was released on his own recognizance.

KHQ-TV reports the 56-year-old was arrested on Sunday afternoon and charged with fourth-degree assault.

Prosecutors initially asked for a no-contact order between Rypien and his wife, but she spoke against that. Rypien is due back in court on July 31.

He was the MVP of the Super Bowl after the 1991 season for the Washington Redskins.

Rypien, 56, was processed at the Spokane County Jail at around 6:30 p.m. Sunday and was awaiting a court appearance Monday. It was not immediately known if he has an attorney.

Rypien announced last year he believes he has Chronic Traumatic Encephalopathy, caused by repeated concussions while playing in the NFL. He believes this condition has caused him to have erratic and violent behavior as well as depression.

He was a lead plaintiff among 4,500 former players who won a settlement related to CTE in 2013.

He was MVP of Super Bowl XXVI in 1991 for the Washington Redskins.