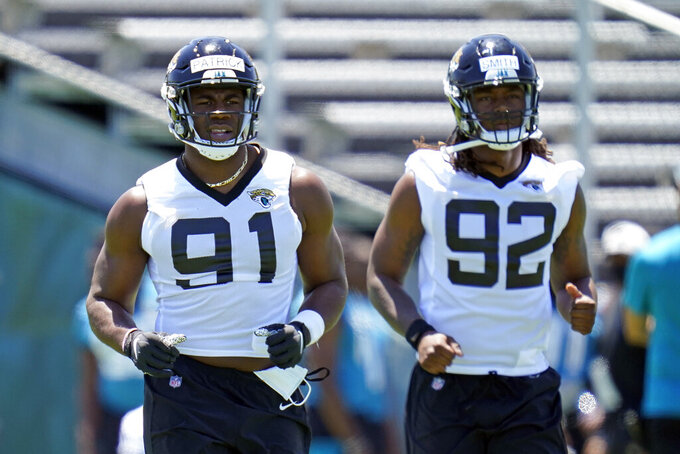 JACKSONVILLE, Fla. (AP) — The Jacksonville Jaguars signed fourth-round draft pick Jordan Smith on Tuesday, getting the second of their nine selections under contract.

Under the NFL’s rookie slotting system, Smith was expected to sign a four-year deal worth about $4.22 million. The contract includes a signing bonus around $740,000. He will count roughly $845,000 against the salary cap in 2021.

The 6-foot-7, 255-pound Smith started his college career at nearby Florida, but was dismissed after getting caught up in a credit card scandal that involved several teammates. He ended up at Butler Community College in Kansas and then transferred to UAB, where he had 14½ sacks and 27 tackles for loss in two seasons.

Jacksonville traded up nine spots to take Smith with the 121st overall selection.