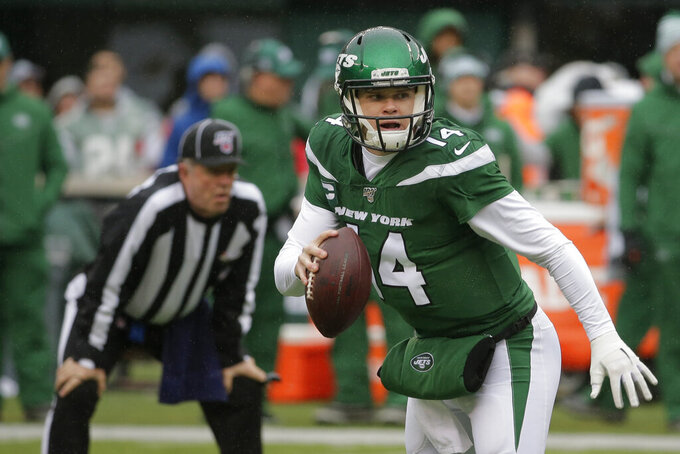 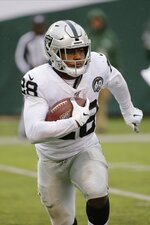 Week 13. Plain and simple, it’s the week where some leagues will write the final chapters of their regular seasons, leaving only a handful of teams eligible to pursue championship dreams. Other leagues consider Week 13 as their next-to-last week of the regular season, lending hope to those seeking to slide into the playoffs.

Unlike last week, Week 13 offers better potential for offensive production. Keep in mind that Thanksgiving Day has three games on the slate, so make sure lineups are firmed up before the first whiff of turkey and glazed ham.

START: Sam Darnold, QB, Jets: In his past two games, Darnold has completed 39 passes for 608 yards with six touchdowns. He’s thrown 11 of his 13 touchdowns in his past five games and continues his run of favorable matchups against a Bengals defense that has allowed the seventh-most fantasy points to opposing quarterbacks.

SIT: Deshaun Watson, QB, Texans: Most weeks, Watson is a titanium-plated must-start. However, facing the Patriots defense constitutes a huge exception. New England has allowed the second-fewest passing yards in the league while allowing a league-low four touchdown passes. On average, the Patriots allow just under six fantasy points per game to opposing quarterbacks, making a Watson start a potential disaster.

START: Josh Jacobs, RB, Raiders: Don’t be discouraged by Jacobs’ season-low 34 rushing yards in last week’s loss at the Jets. Jacobs, who had rushed for at least 66 yards in each game before last Sunday, starts a new streak at the expense of a Chiefs defense that has allowed the most fantasy points to opposing running backs. Kansas City allows 5.1 yards per carry, second-worst in the league, which makes Jacobs’ potential to break a long gainer very strong.

SIT: David Johnson, RB, Cardinals: Johnson has rushed for 6 yards on four carries in his past two games. The Cards have all but given Kenyan Drake the starting role, meaning that Johnson will be left with the table scraps of the Arizona running game. Drake’s pass-catching skills also nullifies the prospect of Johnson being used on passing downs, and it’s not a stretch to consider releasing him at this point.

START: John Brown, WR, Bills: The Cowboys don’t have a Chris Harris-caliber corner, which means Brown will see far more than the four targets he got against Harris and the Broncos last week. Brown had 25 targets the previous two weeks before last Sunday and could be heavily used by Buffalo quarterback Josh Allen on Thanksgiving.

SIT: James Washington, WR, Steelers: Although he continues to show big-play potential, Washington’s upside will be hampered by the erratic play of rookie quarterback Devlin Hodges and a Browns defense that has allowed the seventh-fewest passing yards in the league. He is a high-risk, high-reward play, but with bye weeks no longer in play, there will be better options available than Washington.

START: Greg Olsen, TE, Panthers: There’s been a revival of sorts from Olsen, who has caught 18 of his 22 targets over the past three weeks. Olsen hasn’t scored a touchdown since Week 3, but that run could come to an end against the Redskins, who have allowed the 10th-most fantasy points to opposing tight ends. Washington is 25th in touchdown passes allowed, making a combo of Olsen and quarterback Kyle Allen a good pass-catch combo this week.

SIT: Jimmy Graham, TE, Packers: Graham has become a forgotten part of the Green Bay passing game, getting only five targets in the past two games. He’s no longer a big-play threat, having managed just two games of better than 60 receiving yards, That’s not going to change against a Giants defense that is third in the league in fewest fantasy points allowed to opposing tight ends.

START: Miles Sanders, RB, Eagles: There’s a chance Jordan Howard returns, but Sanders is set for a potentially big afternoon against a Dolphins defense that allows 6.4 yards per play, second worst in the league. Sanders would be a solid PPR play considering that QB Carson Wentz will have to continue relying on him as the Philly receiving group remains banged up. Miami allows the sixth-most fantasy points to opposing backs, all the more reason to run with Sanders.

SIT: Philip Rivers, QB, Chargers: He has struggled over the past four games, with eight interceptions and just four touchdown passes. That trend is likely to continue against the Broncos, who limited him to 211 yards and two interceptions in Week 5. Denver allows the fifth-fewest fantasy points to opposing quarterbacks, which means fantasy teams banking on Rivers this week could be greatly disappointed.

START: DJ Metcalf, WR, Seahawks: The rookie has become more involved in Seattle’s passing game as Russell Wilson has targeted him 25 times in the past three games. Although Metcalf had just six targets in last week’s win at the Eagles, those numbers will go up on Monday night against a Vikings defense that’s the fourth worst in fantasy against opposing wide receivers.

SIT: Joe Mixon, RB, Bengals: Mixon has rushed for 279 yards in his past three games, easily his best stretch of the season. However, all good things must come to an end, and for Mixon, it ends against the Jets, who allow the fewest rushing yards in the league along with the lowest average yards per carry. It was fun while it lasted.

START: Kyler Murray, QB, Cardinals: The Rams were dominated by the dual-threat skills of Lamar Jackson on Monday night and could face a similar fate against Murray, who has thrown seven touchdowns to just one interception in his past three games. Murray doesn’t run as frequently as Jackson but has the speed and elusiveness to give the Rams’ defense fits if he finds an open lane to run through.

SIT: Marquise Brown, WR, Ravens: Don’t expect Brown to find the end zone against the 49ers, who have the sixth-best numbers in fantasy against opposing receivers. Brown has exceeded 49 receiving yards just once since Week 2 and could spend much of Sunday with Richard Sherman draped all over him.