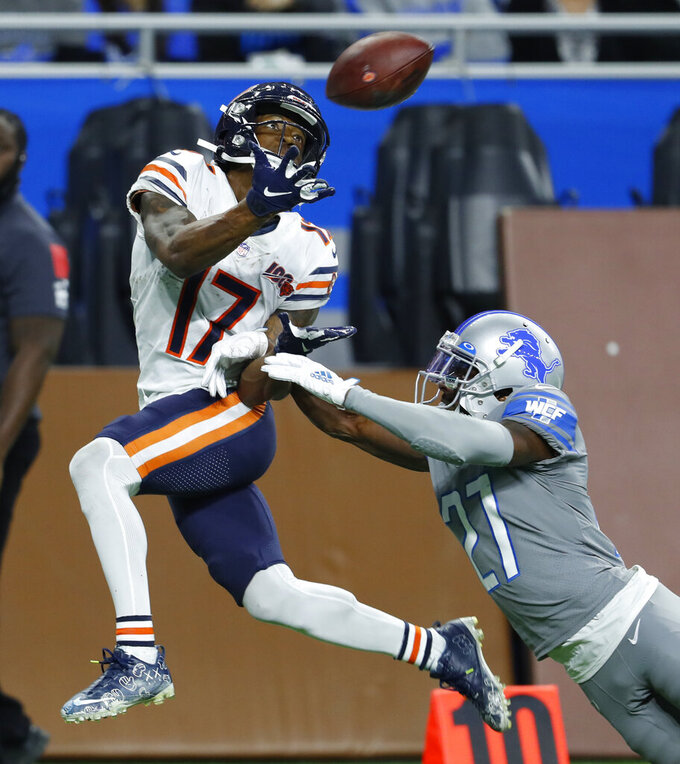 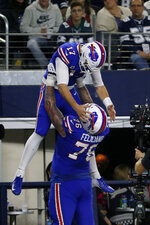 ARLINGTON, Texas (AP) — John Brown became the first Buffalo receiver to throw a touchdown pass and the Bills went on to beat the Dallas Cowboys 26-15 on Thursday.

Bills quarterback Josh Allen ran for a touchdown and threw a scoring pass to Cole Beasley, who had 110 yards receiving and a touchdown in his first game against his former team. The Bills (9-3) got their first Thanksgiving win since 1975 in their first appearance on the holiday in 25 years.

The Cowboys (6-6) stumbled after scoring a touchdown on their opening drive, giving Philadelphia a chance to rejoin them atop the NFC East after their fourth double-digit loss in the past six Thanksgivings.

Allen was 19 of 24 for 231 yards and a career-best 120.7 passer rating as Bills won their third straight game and solidified their hold on an AFC wild-card spot.

The second-year quarterback found the ball at the bottom of a pile after fumbling a snap on fourth-and-1, quickly reached the ball over the first down spot and then stumbled forward 3 yards to the Dallas 28.

On the next play, Brown took a pitch on a double reverse and lofted the ball to wide-open running back Devin Singletary for Buffalo’s first lead at 13-7 in the second quarter.

The Bears took the lead on the nine-play, 90-yard drive and sealed the victory on the ensuing possession with Eddie Jackson’s interception.

Chicago (6-6) has won three of four games after losing four in a row to stay in the NFC playoff picture. The Lions (3-8-1) have lost five straight for the first time under second-year coach Matt Patricia.

Trubisky finished 29 of 38 with three TDs, matching a season high he also equaled in a win over Detroit earlier this month, for 338 yards and an interception.