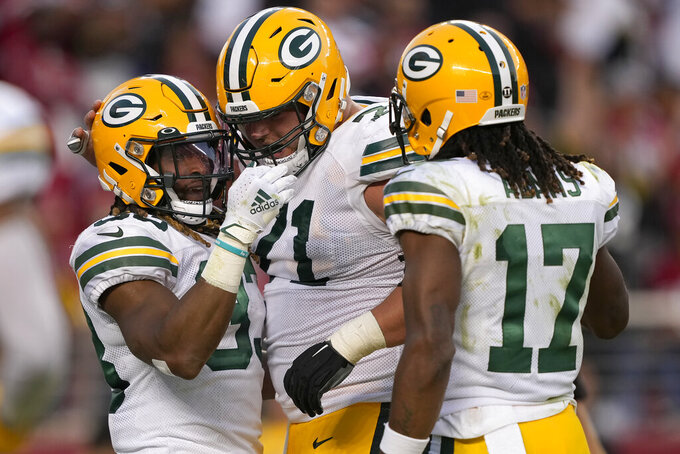 GREEN BAY, Wis. (AP) — Green Bay Packers center Josh Myers has been placed on injured reserve after hurting his knee in a victory over the Chicago Bears.

The Packers (5-1) announced the move Saturday. They also elevated guard Ben Braden from the practice squad to the active roster for Sunday's game against Washington (2-4).

Because he has been placed on injured reserve, Myers must miss at least the next three games.

Myers, a rookie second-round pick from Ohio State, started each of the Packers’ first four games before missing a 25-22 victory at Cincinnati on Oct. 10 with a finger injury.

He returned to action Sunday at Chicago but played just four snaps before a knee injury knocked him out for the rest of the game.