Prescott: No time for talk, Cowboys need to beat Bears 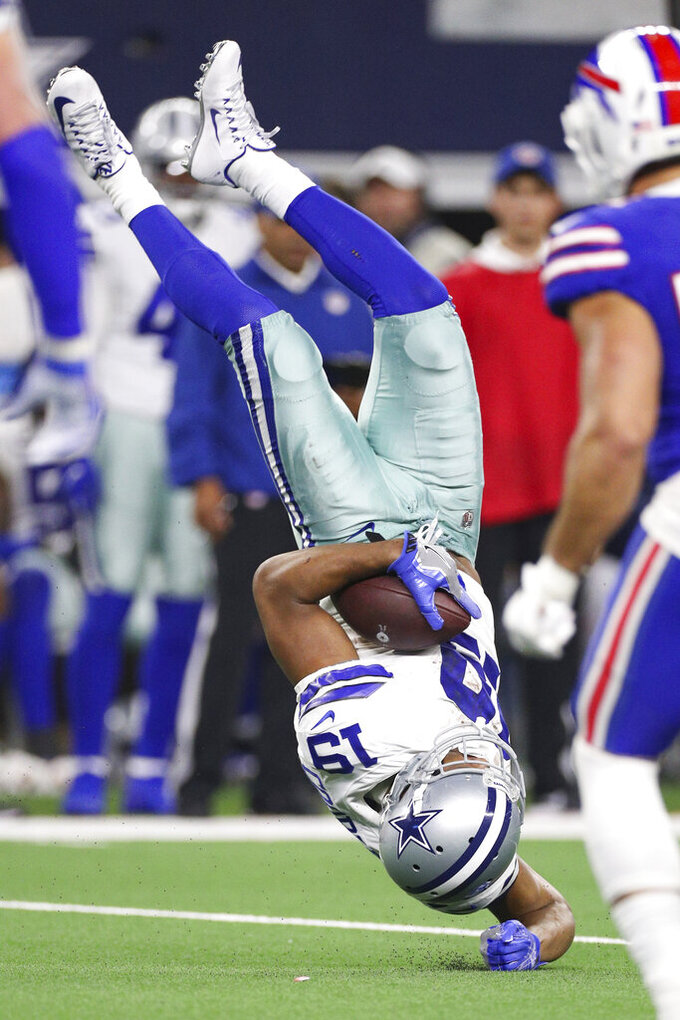 Dallas Cowboys wide receiver Amari Cooper (19) is upended after catching the ball during an NFL game against the Buffalo Bills, Thursday, Nov. 28, 2019 in Dallas. The Bills defeated the Cowboys 26-15. (Margaret Bowles via AP) 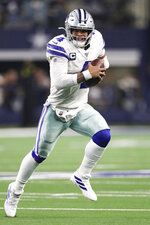 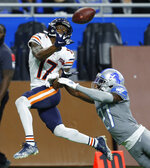 The Dallas Cowboys have lost six of nine since a 3-0 start, and all their star quarterback cares about is finding a way to win consistently again.

They will try to get headed back in the right direction when they visit the Chicago Bears on Thursday night in a matchup between disappointing 6-6 teams that made the playoffs last season.

“Talk is cheap right? We’ve talked a lot,” Prescott said. “We’ve talked a bunch and got ourselves right to where we are. In a moment like this I say hell with the talking and I’m going to do more. I’m going to work harder and if you’re a young guy looking for somebody to figure it out, how to do it, yeah, look at me and some of these other guys because that’s exactly what we’re doing — putting our head down focusing and doubling down on ourselves.”

The Cowboys came into the season with high expectations after winning the NFC East, and they looked like they were ready to deliver in the early going. Dallas averaged 32 points and 481 yards in its first 3-0 start since 2008, winning each of those games by at least 10 points. But in recent weeks, the team with the NFL’s leading passer and No. 1 offense is having trouble scoring.

The Cowboys were kept out of the end zone in a 13-9 loss at New England two weeks ago, then managed two touchdowns in falling 26-15 to Buffalo on Thanksgiving. Despite all that, they still hold a one-game lead over Philadelphia in the division. But they will be facing a top 10 defense for the third straight week when they meet Khalil Mack and the Bears.

Chicago has won three of four after losing four in a row, though two of those victories were against the Lions and the other was over the Giants. Detroit and New York are a combined 5-18-1, and the Lions started backup quarterbacks Jeff Driskel and David Blough with Matthew Stafford injured.

“It speaks to the direction of where we could've went in that four-game slide,” Bears coach Matt Nagy said. “I thought it revealed a lot of who we were as a team and who we are as people. No one not one time started pointing fingers. ... That's a credit to our players for battling through that. It makes you proud to be their coach.”

Amari Cooper’s strong production since joining the Cowboys in a midseason trade last year hasn’t translated on the road in his first full season with Dallas. The receiver has 47 catches, 758 yards and five touchdowns in six home games, and 17 catches for 213 yards and two scores on the road.

For Cooper, the more important numbers are 60 and 32. That’s the difference in targets between home and road games. Cooper isn’t one to complain, and isn’t doing so by pointing out those numbers.

“It’s just like basketball,” said Cooper, who is still fifth in the league in yards receiving (971) and tied for fifth in TD catches (seven). “You shoot the ball more, you’re going to have more points. If you only have two shots, then you only score four points.”

Bears quarterback Mitchell Trubisky is on a bit of a roll the past four games after struggling for most of the season. He was 29 of 38 for a season-high 338 yards with three touchdowns — one in the closing minutes — to lead the Bears to a 24-20 win at Detroit on Thanksgiving. Trubisky is 94 of 145 for 979 yards, eight touchdowns, four interceptions and a 91.1 rating in the past four games. The three wins came against last-place teams, and he will be going against a top 10 defense this week.

The Cowboys finally brought in kickers for tryouts after Brett Maher had two big misses in the loss to Buffalo, pushing his NFL-leading total to nine misses. Dallas decided against signing a replacement, for now.

Maher has been one of the most interesting riddles in a season full of them for the Cowboys. He’s the only kicker in NFL history with three kicks of at least 60 yards — all three from at least 62. But he has the second-lowest success rate from 30-49 yards at 55% (6 of 11).

Bears receiver Anthony Miller looks as if he is starting to emerge.

The second-year pro set career highs with nine catches and 140 yards against Detroit last week. He has 21 receptions for 271 yards past three games, compared to 17 for 218 in first nine.

Silly penalties continue to be an issue for the Bears.

They had 10 for 89 yards last week and seemed in disarray at times, with not enough players on the field at one point and an illegal formation at another. At important times, Roquan Smith got called for unnecessary roughness and Leonard Floyd was flagged for roughing the passer.