Titans will be without receiver A.J. Brown vs. Jaguars 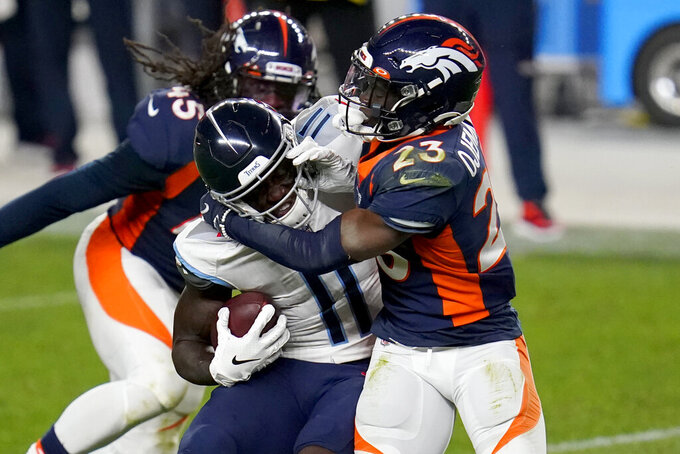 Brown led all rookies with 1,051 yards receiving in 2019. He played in the Titans' win in Denver on Monday night, but he was limited in practice Wednesday and did not practice Thursday.

Corey Davis, the Titans' other starting receiver, practiced fully Friday after being limited Thursday by a hamstring that had him on the injury report last week. Davis played and led the Titans with seven catches for 101 yards.