Guaranteed money could be key to avoiding NFL lockout 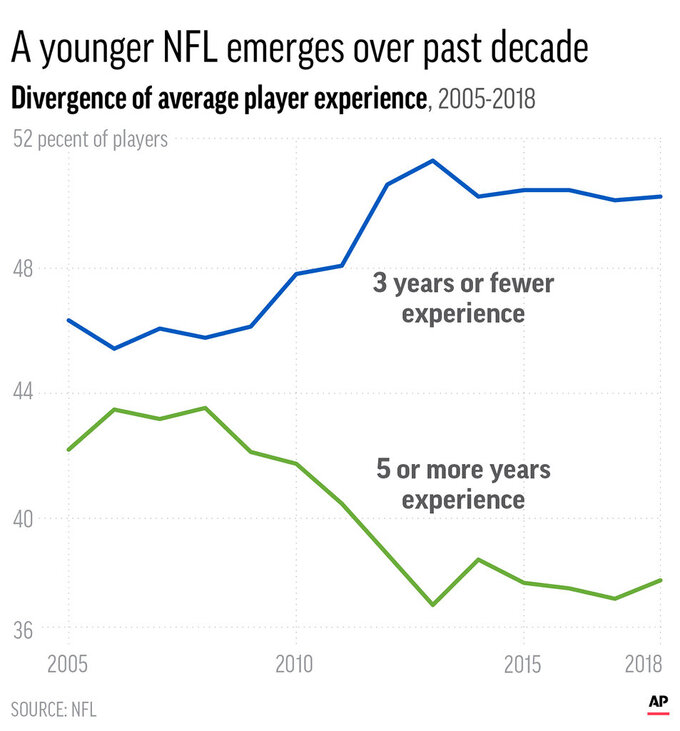 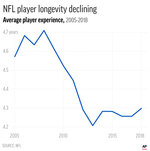 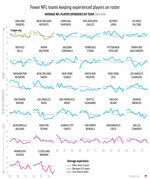 Though the next labor fight between the NFL and its players is more than two years off, one issue is already clear.

Avoiding a work stoppage in 2021 could depend on whether players can secure more guaranteed money in the next collective bargaining negotiations with the league.

"You can't look at it in a vacuum, because all these contracts are different," union president Eric Winston said. "But if a guy gets 30 percent guaranteed and we can push that to 50, or a guy gets 60 and we can push it to 80, we should try to do that. It should be on the minds of everybody."

The current collective bargaining agreement expires a little more than two years after the Super Bowl this Sunday, and some players are already expecting a lockout that could be even worse than the one that lasted 132 days before the previous agreement was signed in 2011.

Though the league's biggest stars receive hefty signing bonuses, which gives them money in pocket before they play a down, the push for more guaranteed money across the life of contracts has slowly picked up steam over the past few seasons. The contract holdouts by Le'Veon Bell and Earl Thomas this season put the issue into vivid focus.

To protect against future injury, Bell refused to sign a one-year contract as Pittsburgh's franchise player, and Thomas held out for a new contract before his current one expired. Bell never played; Thomas came back and broke his leg. If his value on the free-agent market this offseason drops precipitously, it will add fuel to the argument that NFL players, who put themselves at greater risk than those in the NBA or baseball, deserve guaranteed contracts, the norm in those leagues.

"You don't know what is going to happen, and with the uncertainty of that, you want security," Seahawks offensive lineman Duane Brown said. "This game is very difficult. Guys put a lot into their craft, their bodies, trying to be the best that they can be, and you can't control everything."

The current CBA, negotiated in 2011, increased the percentage of salary cap space devoted to veteran players by creating a rookie pay scale. (Though the pay scale has decreased the payout, it has, ironically, resulted in most first-round draft picks' contracts being fully guaranteed.) Another feature of the contract, the minimum salary benefit, also put the veterans on equal footing with younger players in regard to the salary cap. The thinking was that would make more money available to keep some of the "middle-class" veterans playing longer.

But an Associated Press analysis of rosters over the past 14 seasons showed average experience has been on a fairly steady decline — from 4.6 years in 2005 to 4.3 in 2018. It only served to widen the gap between high-profile players with leverage and those without it.

The union argues it has helped all players by getting steady increases in the salary cap, which has grown from $120 million in 2011 to $177 million this season. More money for everyone, the union says, should create better opportunities for more players.

Yet even with more money to go around, the guarantees remain a thorny issue for players at both ends of the salary structure.

Winston says the best way to ensure more guaranteed money for players is to get them to free agency sooner. Currently, most rookies aren't eligible until they've played four years. At that point, the most sought-after free agents get the best signing bonuses. Those bonuses have been part of the NFL's way of doing business, as opposed to the NBA and Major League Baseball, which give more annual guarantees.

But Winston believes guaranteeing annual salaries isn't the panacea some make it out to be.

"We live in this world where we think, 'If we had guaranteed contracts, I'd get six years and $120 million guaranteed.' No. It would probably be three and 60. It's just one of those things where I think there's a give and a take" he said.

Another sticking point in the upcoming negotiations will be over commissioner Roger Goodell's sweeping power to discipline players, which has impacted Ezekiel Elliott , Tom Brady and others. In the last negotiation, players dropped this issue in exchange for other concessions.

And the league could propose an expansion of the regular season, arguing it's the easiest way to grow revenues that could be passed along to players. The union has rejected that in the past, and Winston suggests it will do so again.

"I've never had a player come up to me and say, 'We want to play more games,'" he said.

All of which leads back to the stark reality of pro football. It's brutal, both in a physical sense and a business sense. The majority of players would like to find ways to extend their careers, and guarantee themselves more money while they're at it.

"Guys have some really good ideas on it," Winston said. "But we need to understand is that none of this is A or B. It's A, B, C, D, E. ... Every player is different, every contract is different. There are a lot of choices that have to be made here."