Lance, NDSU rally to win 39-28 in their only fall appearance 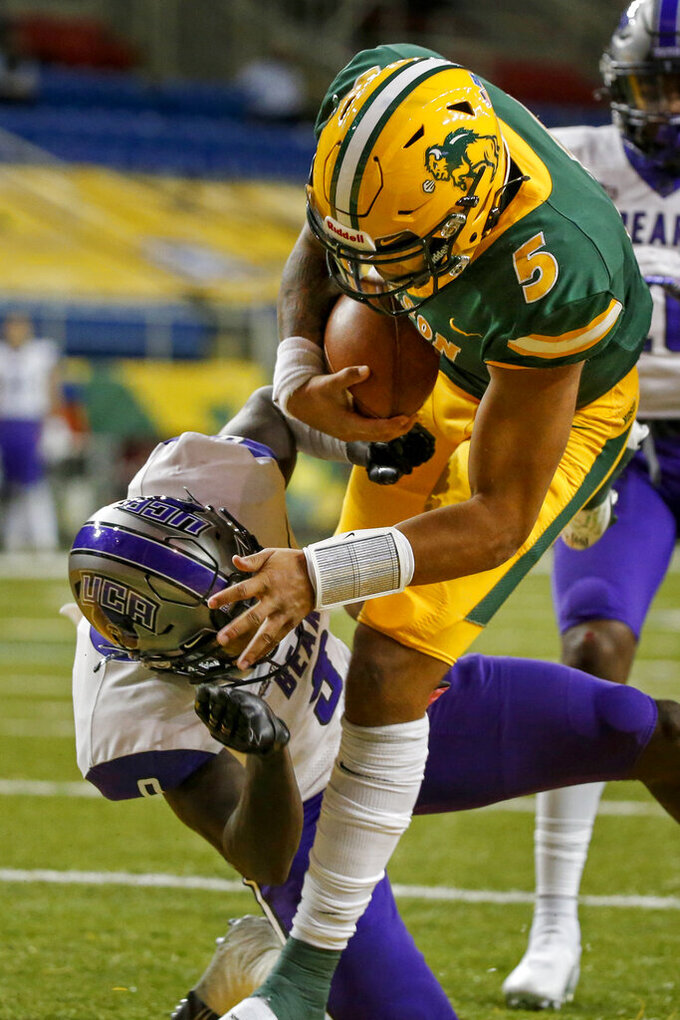 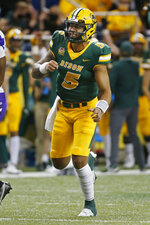 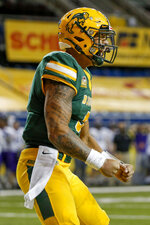 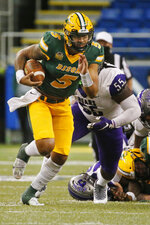 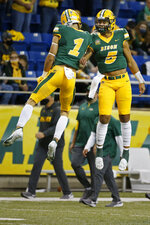 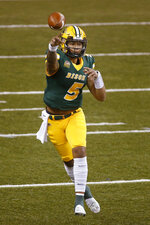 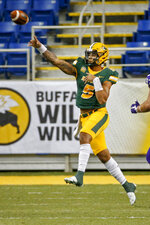 The Bison’s lone fall game was a de facto audition for Lance, judged to be a potential first-round pick if the redshirt sophomore declares for the NFL Draft. As last season’s Walter Payton Award winner, he threw for 28 touchdowns with no interceptions in 287 attempts but that run ended Saturday when he was picked by Nick Nakawaasah in the third quarter, which led to Breylin Smith's TD toss to Lujuan Winningham and a 20-18 Bears lead.

In the fourth quarter, Lance ran for a score and, after Smith and Winningham connected for another TD, threw to Hunter Luepke for a 32-28 lead. Luepke added the final points on a 13-yard run with under two minutes remaining.

The victory extended the Bison's win streak to 38, the longest in FCS history, and home win streak to 29, the longest active run in Division I. They will take part in the Missouri Valley Football Conference’s spring season with an eye on winning a 17th national championship.

Central Arkansas (2-1) opted out of a potential spring season with the Southland Conference and is playing a 10-game schedule this fall. The Bears were conference co-champs with Nicholls State last season.

Fan attendance at the usually packed 18,700 capacity Fargodome was limited to players' families.