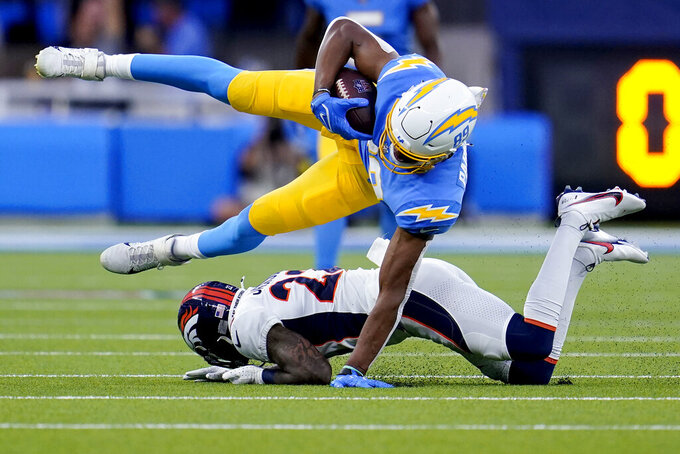 COSTA MESA, Calif. (AP) — Donald Parham was placed on injured reserve by the Los Angeles Chargers on Saturday after he reinjured his hamstring during practice earlier in the week.

It is the same hamstring that Parham injured during training camp and caused him to miss the first four games of the season. He has played in two games and has three receptions for 53 yards.

The Chargers filled the roster spot by signing wide receiver Keelan Doss from the practice squad. Doss played in nine games for the Raiders in 2019-20 with 11 catches for 133 yards. He has also spent time with the Jaguars, Falcons, Jets and Giants.

Kicker Cameron Dicker and cornerback Kemon Hall have been activated from the practice squad for Sunday's game at Atlanta.