Spectator at Steelers game dies after fall from escalator 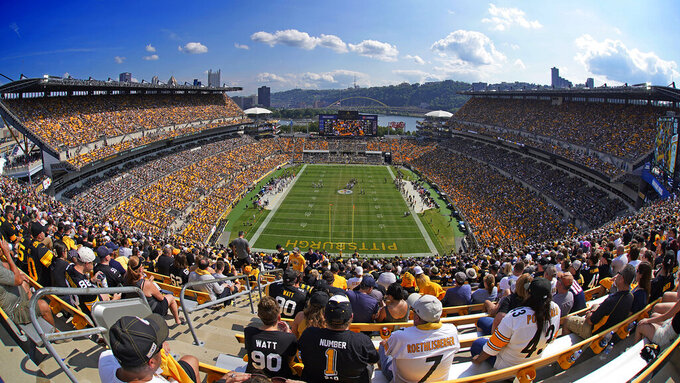 PITTSBURGH (AP) — A spectator at Sunday's game between the Pittsburgh Steelers and New York Jets died following a fall on an escalator at Acrisure Stadium.

The Allegheny County medical examiner’s office identified him Monday as 27-year-old Dalton Ryan Keane of Monaca. Paramedics administered care on site before he was transported to the hospital in critical condition. He died shortly thereafter.

The Pittsburgh Department of Public Safety said police and emergency service personnel were alerted after a male spectator fell around 4:45 p.m., shortly after the end of the Jets' 24-20 victory over the Steelers.

Keane had worked as a pipefitter at McCarl’s, an industrial piping company, in Beaver County since 2014, company CEO Ken Burk told the Pittsburgh Post-Gazette on Monday.

“We’re just shocked, saddened,” Burk said in a telephone interview. He said Keane was one of the company's “key guys” as a foreman and was “very well regarded."

A spokesperson for Pittsburgh Public Safety declined comment, citing the ongoing investigation, but noted the medical examiner's office would determine the cause and manner of death.

In a statement Sunday, the Steelers said they were “aware of an unfortunate incident that occurred" inside the stadium. "We are working with local authorities and helping their investigation into the matter. We are sending our thoughts and prayers to the guest’s family.”