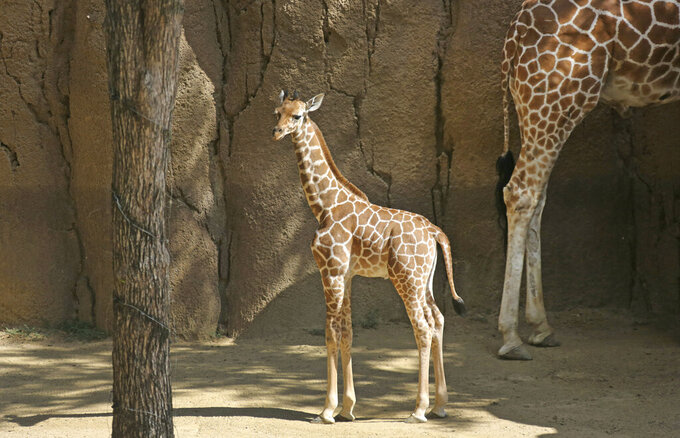 This May 24, 2018 photo shows Dallas Zoo's newest giraffe born April 25, makeing its first scheduled public appearance in Dallas. The 1-year-old giraffe has died during a medical exam and officials want to know what caused the death of the animal named for Dallas Cowboys tight end Jason Witten. Dallas Zoo officials tweeted that the giraffe named Witten was not sick prior to Monday, June 17, 2019 examination amid plans to transfer him to a Canadian zoo for a species breeding program. (Louis DeLuca/The Dallas Morning News via AP) 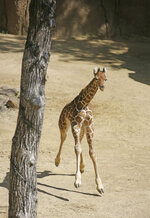 DALLAS (AP) — Officials say a 1-year-old giraffe at the Dallas Zoo that was named after Cowboys tight end Jason Witten died during a medical exam.

Zoo officials tweeted that Witten the giraffe stopped breathing Monday during a medical exam to prepare him for transfer to a zoo in Canada for a breeding program. It says he had been anesthetized for the exam and had been healthy going into it. Efforts to revive him failed.

A necropsy has been ordered.

Witten was born in April 2018 and named in honor of the Dallas Cowboys player who had recently retired.

Jason Witten announced he is returning to the Cowboys this year following one season as a TV sportscaster.